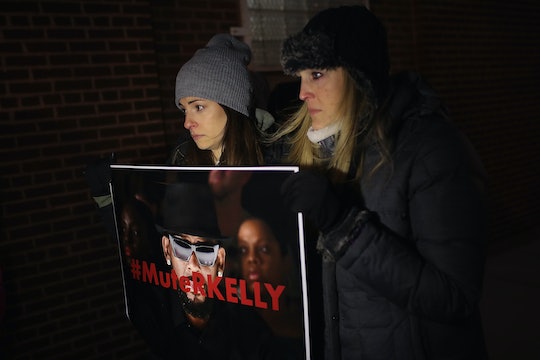 You Can Still Watching The Riveting Docuseries 'Surviving R. Kelly'

Now that the docuseries has finished airing on Lifetime, many may be wondering if you can watch Surviving R. Kelly on Netflix. Sadly, the streaming service hasn’t picked it up, but if you missed it during its original airing on Lifetime, there are still ways to watch: All six episodes of Surviving R. Kelly are streaming on Lifetime.com, and you can access them if you have a TV provider login accessible to you. If that’s not an option, you can shell out $1.99 per episode on YouTube. Or if you just need to see it in HD, Amazon Prime has each episode available for purchase at $2.99 each, or the entire series for $14.99. Google Play has similar options available to users who still want to watch (or rewatch).

Honestly, that’s all a lot to pay for something that pretty much everyone is talking about, so I’d understand if you’re hesitant. That said, the series makes a powerful case against a very powerful man, alleging that Kelly has been abusing women and girls since the beginning of his career.

R. Kelly has not responded to Romper's request for comment. Kelly has denied all accusations of sexual abuse.

Though Kelly has maintained popularity for decades, it looks like the tide is finally turning against him. Musicians who worked with Kelly in the past are expressing their regret and pulling their collaborations with him, from Chance the Rapper’s “Summer in Paradise” to Lady Gaga’s “Do What U Want,” from streaming platforms like Spotify.

The docuseries struck many different chords with audiences, from horror and empathy for the women accusing Kelly to straight up disgust at the allegations themselves. And even though Kelly himself wasn’t interviewed, the dismissive attitude of one of his brothers, Bruce Kelly, was hard for many to watch.

But the people who really matter right now are the alleged victims and their families, many of whom came forward to speak in the documentary about what they say happened during their life with Kelly. One of the most powerful stories was that of Michelle Kramer and her daughter, Dominique Gardner, who lived with Kelly for nearly a decade. Kramer was filmed going to Los Angeles and getting Gardner from a hotel in a complicated rescue mission that brought tears to my eyes. Now, she says in an interview with Essence, the family is “getting help” after the whole ordeal. “It took her a minute to adjust,” she said of her daughter. “She’s not all the way there.” Gardner herself has not spoken publicly about her time with Kelly or the allegations other women have made against him.

Chances are, there are plenty of stories like this left to be revealed. The era of #MeToo has helped to move things along, but there’s still so far left to go. Watching Surviving R. Kelly in whatever way you are able is a good way to educate yourself about this particular case and the women who claim their voices were never heard.