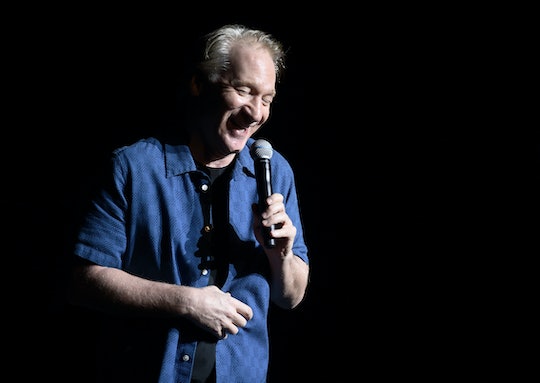 Celebrities Are Politicizing Hurricanes, & They Need To Get Over Themselves

Hurricane Harvey killed at least 70 people within a matter of days. Buildings were destroyed, people were left homeless. In the Caribbean, Category 5 Hurricane Irma, one of the strongest hurricanes ever to be recorded, nearly destroyed the islands of St. Martin, St. Thomas, and Barbuda. Now it is heading for Florida, where millions of people are desperate to evacuate or find shelter if leaving is not an option. Some celebrities are trying to pitch in and help. Other celebrities have chosen to politicize the hurricanes, using the natural disasters as an opportunity to either gloat that climate change deniers in Florida might get slammed by the hurricanes or push their own personal religious agenda. And they really, truly, need to get over themselves.

Two particular examples of this ridiculous ego-stroking come to mind; Bill Maker and Kirk Cameron. Two names you don't often hear in the same sentence, I'm sure. Cameron, who some might remember from his years on Growing Pains (he's also the older brother to Fuller House' Candace Cameron Bure), is a well known evangelical Christian. And he decided to take to his Facebook page in a video from the Orlando airport to explain that the recent spate of deadly hurricanes that killed dozens of people were simply symbols of "God's immense power."

Cameron explained hurricanes to his followers in the video, explaining that these natural disasters are not caused by mother nature but are signs that God is angry. No word from Cameron yet on whether science and extreme climate change might have had a hand in them.

One thing we know about hurricanes and all weather is that this is not mother nature in a bad mood, this is a spectacular display of God's immense power. When He puts his power on display, it's never without reason. There's a purpose. And we may not always understand what that purpose is, but we know it's not random and we know that weather is sent to cause us to respond to God in humility, awe, and repentance.

It should be noted that Cameron has moved on to become a filmmaker, and that his films have a strong evangelical Christian theme (also they are always about him, but I digress). Point being, there's an agenda there. Make no mistake about it.

After joking about evacuees fleeing the storm, Maher went on to point out, according to The Huffington Post:

The deniers all have beach houses in the way of the storm. Trump, Rush Limbaugh, Ann Coulter, and the Koch brothers all have houses that are going to be wiped out, probably. I'm not gloating, it's just an Inconvenient Truth.

So here's another inconvenient truth; those homes are not the only ones in the path of Hurricane Irma. And if they were; would destruction via natural disaster somehow be their penance? People are worried about finding shelter. They're worried about their families, worried about the sort of devastation the storm could bring. Worried the state might struggle to bounce back. Even people who don't believe in climate change.

It's not Maher's humor or Cameron's religious beliefs that are necessarily the issue in this situation, it's the fact that both are capitalizing on these natural disasters to further their own personal agendas. Both men smugly assuming theirs is the only opinion or belief that matters, when neither matters one whit in the face of natural disaster.

Now is just not the time, folks.