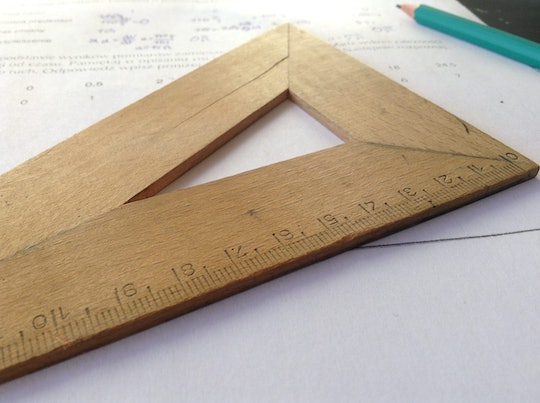 Celebrity #FirstDayOfSchool Tweets & Instagram Posts That Everyone Can Relate To

It's that time of year again. The season of pools, camp, beach trips, and sprinklers (if you had a childhood similar to mine) has come to an end, and the kiddos are back to school. For many parents, it's a time for reflection of sorts, as their little ones, now one year older, embark on a new school year. Surely, the new school season brings mixed emotions, and all parents know the feeling. That's why these celebrity #firstdayofschool tweets and Instagram posts will give you all sorts of emotions, from sadness, to excitement, to nostalgia (a few will probably make you cry laughing). It's all too relatable.

A quick scroll through the hashtag #firstdayofschool on Twitter will reveal how many students, parents, and non-parents, are either preparing to kick off a new school year, or reminiscing on good times. Some students have tweeted happy photos of reuniting with their friends at school on Twitter, while others have expressed their disappointment that the summer vacation has come to an end. (I can relate to the latter.)

"I’m so happy school is starting,” Carey said. “I’m excited for school projects, getting to see my friends and art class. School projects are always fun and [so is] getting to see your friends. I like the fun parts of school, so I kind of want to be a teacher when I grow up.”

Oh to be young.

As for adults, the "back to school" season appears to bring varied emotions, for celeb parents and non-parents alike:

Former Bachelor contestant and CMT host Melissa Rycroft-Strickland took it to a whole new level, posting a photo of her adorable daughter Ava pre-school and post-school day. "You're off to Great Places! Today is your day! Your mountain is waiting, so... get on your way!" she wrote in the caption, quoting Dr. Seuss' popular Oh, The Places You'll Go. In the second photo, an image of her daughter eating a hamburger, Rycroft joked, "Successful first day!!! She requested lunch at her favorite 'restaurant.'"

That's sweet, right? But what about this tweet-opinion from badass Danny Trejo? Hmm??

Trejo isn't the only one bringing out the humor either:

The first day of school means different things for everyone involved. Regardless, it's definitely a chance for new beginnings, and of course, more hilarious, silly, or just plain adorable celeb #firstdayofschool posts that share in that experience.