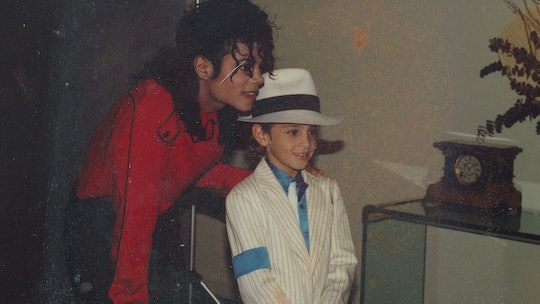 For better or for worse, the impact of Leaving Neverland is unmistakable. When HBO premiered the two-part documentary detailing Wade Robson and James Safechuck's allegations of child sexual abuse against the late Michael Jackson, audiences were left stunned. As of now, the allegations against Jackson have yet to be proven true, and people are divided. Since most individuals didn't know Jackson nor his industry, people have turned to the opinions of celebrities for a better perspective. However, the celebrity reactions to Leaving Neverland prove that there's more to unpack than just who's right or wrong.

When the Leaving Neverland premiered at the Sundance Film Festival in January 2019, the Jackson Estate released a statement, condemning the film.

Per Variety, the statement read:

Leaving Neverland isn’t a documentary, it is the kind of tabloid character assassination Michael Jackson endured in life, and now in death. The film takes uncorroborated allegations that supposedly happened 20 years ago and treats them as fact. These claims were the basis of lawsuits filed by these two admitted liars which were ultimately dismissed by a judge. The two accusers testified under oath that these events never occurred. They have provided no independent evidence and absolutely no proof in support of their accusations, which means the entire film hinges solely on the word of two perjurers.

Whether you believe in Robson and Safechuck's allegations or not, celebrities have shared their own thoughts on social media, and it's clear that the four-hour documentary has them torn. While some have rushed to defend Jackson, others have pushed back in support of the accusers.

After the HBO release, a few of Jackson's family members have spoken out against the documentary, including his daughter, Paris, brothers, Jermaine and Marlon, and nephews, TJ and Taj.

Right before the HBO premiere, Marlon told CBS News that the documentary is not telling the truth" and that "there has not been, not one piece of evidence that corroborates their story."

In a tweet, Jermaine criticized Leaving Neverland for "shaping a narrative uninterested in facts, proof, credibility," similar to the claims in the 2005 trial, in which Jackson was found innocent.

TJ and Taj questioned the accusers and their motive for coming forward.

While the Gay Star News reported that Paris defended her father, she revealed that she hasn't actually made an official statement yet. She then vaguely defended Jackson in a series of tweets, questioning if the allegations would last in comparison to her father's legacy.

Rapper TI has also come forward against Leaving Neverland, claiming that the documentary is one sided. "Let this man speak for himself to defend his legacy. Don’t just listen to one side and expect to find truth. Oh that’s right… Dead men can’t speak. So what was the point again? Destroy another strong black historical LEGEND?!?!” TI wrote on his Instagram.

Following the film's release on HBO, Corey Feldman defended Jackson by revealing his own experience with the late singer.

"MJ never once swore in my presence, never touched me inappropriately, & never ever suggested we should be lovers in any way!" Feldman wrote.

However, his tune has since changed. “I don’t want to be perceived as I’m here to defend Michael Jackson, because I can no longer do that,” Feldman revealed in an interview with HLN. "I can not in good consciousness[sic] defend anyone who’s being accused of such horrendous crimes. I’m also not here to judge him, because again, he did not do those things to me and that was not my experience."

While many have come to the defense of Jackson, others have been supporting Safechuck and Robson. Actress Rose McGowan and singer Sia have applauded the accusers for their bravery in coming forward.

British filmmaker, Louis Theroux, has also come forward against the people in support of Jackson following the documentary, claiming that those individuals are "actively colluding in the silencing of victims."

Other celebrities, such as Molly Ringwald, Amber Tamblyn and Carly Chaikin have left their audiences to decide whether or not the allegations are true. However, there are lessons to be learned from the documentary itself, such as grooming.

The world may never really know the truth behind the allegations against Jackson. However, one thing is for certain. Leaving Neverland sparked a conversation among celebrities and fans alike — and it doesn't look like it's slowing down anytime soon.