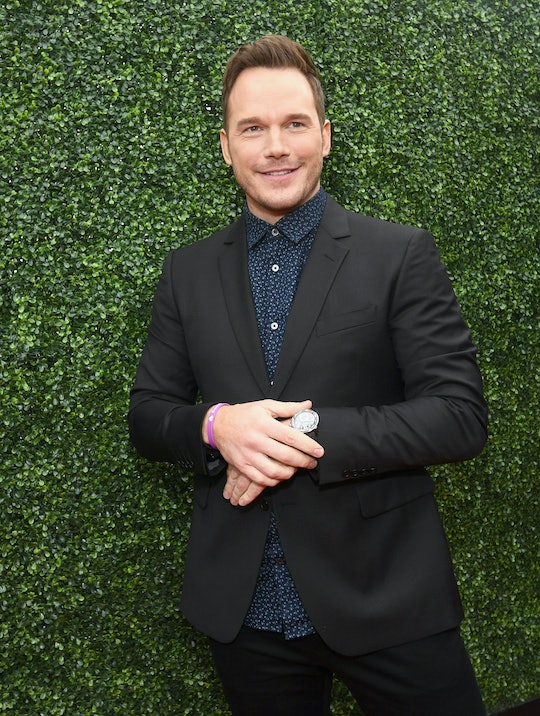 Actor Chris Pratt may have spent the weekend helping his girlfriend, Katherine Schwarzenegger move out of her home, but it sounds like he had something much more special planned than simply carrying boxes. It turns out that Chris Pratt and Katherine Schwarzenegger are engaged, according to People, and Pratt even confirmed the happy news on his Instagram early Monday morning.

Earlier in the week, Pratt had taken to social media to joke about his expert moving skills as he helped his girlfriend move out of her Santa Monica home, and quipped that, as one of the few people in his LA circle to actually own a truck, he's often called upon as the go-to guy when someone needs help hauling their stuff. But it's pretty clear he wasn't just helping Schwarzenegger simply in order to be useful: Pratt's latest photo is one of him and Schwarzenegger embracing, and in it, Schwarzenegger can be seen wearing a diamond engagement ring on her left hand.

Just in case there was any doubt though, Pratt made it perfectly clear in the photo's caption, and wrote, "Sweet Katherine, so happy you said yes! I’m thrilled to be marrying you. Proud to live boldly in faith with you. Here we go!"

To some, the engagement news may seem a bit surprising given that the two have been together less than a year — they were spotted together publicly for the first time in June, according to Us Weekly. Then again, there have definitely been some clues that they were serious enough for an engagement announcement to just be around the corner. In December, for example, Pratt publicly proclaimed his love for Schwarzenegger, posting a sweet birthday message and photo collage on Instagram, in which he wrote that he's "cherished [their] time together," and feels "thrilled God put [her] in [his] life."

It also sounds like Schwarzenegger has fully earned the seal of approval from Pratt's ex-wife, Anna Faris, and their 6-year-old son, Jack. On Halloween in October, Schwarzenegger joined Pratt and Faris (as well as Faris' partner, Michael Bennet) to take Jack trick-or-treating, according to E! News, and on a recent of her podcast, Unqualified, Faris opened up about co-parenting with Pratt and said, "Chris and I work really hard because we have Jack," but added that they "have sort of the luxury of circumstance" that comes with being "in other loving relationships."

It also sounds like the couple never really had any intentions of taking things casually. In September, People magazine cited sources close to the couple as noting that both Pratt and Schwarzenegger were "serious about the relationship and hopeful for the future," and that "Chris doesn’t just date to date, and neither does Katherine."

And it definitely sounds like her family is approving of the union. Not only have the two been spotted spending quality time with each other's extended families — in September, Pratt and Schwarzenegger joined Pratt's brother, Cully, for a visit to the Round Pond Estate winery in Napa, according to Town & Country, only a few weeks after the couple had dinner with Schwarzenegger's mom, Maria Shriver, at her home — it was actually Shriver who introduced the couple in the first place, according to People.

It's not clear whether the newly-engaged couple plans to tie to knot soon, though given Pratt's stint as a house-mover this weekend, it may reasonable to assume they might currently be focused more on settling in together in a new home (the couple has yet to confirm if they are living together, though). Either way, it seems they're beyond thrilled to be getting married, and it looks like they'll have a lot to celebrate in 2019.