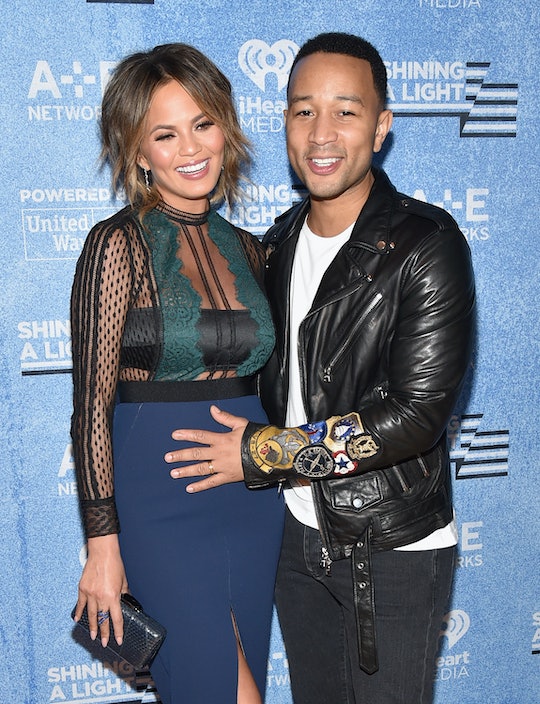 Chrissy Teigen is sort of known for saying what she thinks. John Legend's wife and model Teigen has become a social media phenomenon just by being herself. Women don't hate her for being beautiful (because it's 2016 and we don't play like that anymore) and men are hopefully seeing that there's more to her than just her gorgeous outer shell. In an interview with People, Teigen said she chose a female embryo with intent prior to her in-vitro fertilization, and she didn't hesitate to explain exactly why this felt like it was the right choice for her.

Teigen, a swimsuit model who graced the cover of the 2010 Sports Illustrated Swimsuit Edition, isn't the only mom out there taking serious steps to ensure they get themselves a baby girl. In an interview with the New York Post, computer database developer Rosa Costa admitted to paying $100,000 to get a baby girl after having already given birth to two sons. “You feel incomplete as a mother until you have a girl,” said the four-months pregnant Costa.

The trend towards choosing your baby's sex has become increasingly popular in Western culture. And despite the old-fashioned belief that everyone wants a son, adoption statistics in the U.S. show a strong preference for daughters. The gender requested by adoptive parents since 2001 was 70-90 percent girls, 10-30 percent boys.

So, why is this? I feel like Legend would have still been a super adorable dad with a little boy. But maybe he'll have another chance the second time around. And as a mom myself, I know Teigen will be amazed at the depth of connection a mother feels with any baby who comes along. So maybe it's just something that you feel inside as a mom?

As a mother of four sons, I can tell you buying khaki pants and T-shirts gets old fast. But they keep me laughing and keep me sane, so I guess it all works out in the wash.