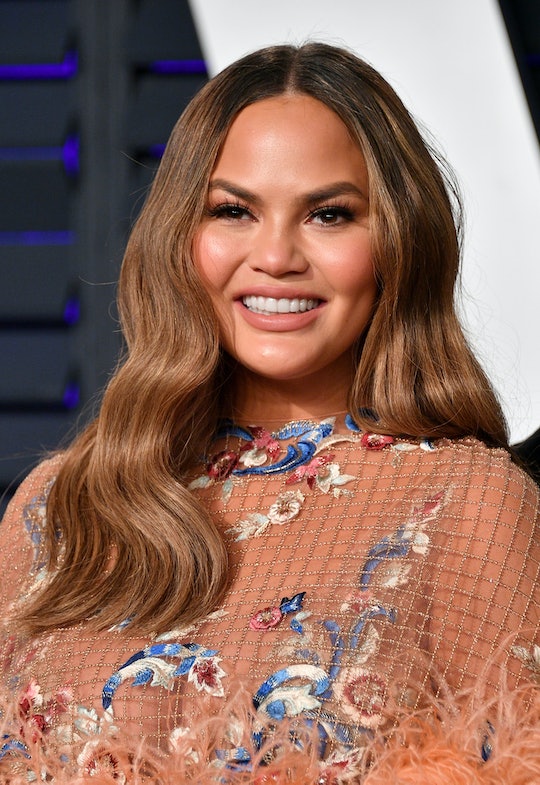 She only has 23.1 million Instagram followers, 10.9 million followers on Twitter, a modeling career, a couple of best-selling cookbooks, a collaboration with Target, a TV hosting career, and a growing brood of two kids at home, but Chrissy Teigen is clearly out to conquer the world. Chrissy Teigen says she's launching her own website and it's about time, isn't it?

As reported by Hello Giggles, Teigen has grown a following based on her delish recipes and even spicier sense of humor. So it makes sense that the next step is... if not exactly world domination, how about her very own branded website?

"oh man…after mannnnnny years of talking about it and muccccch work by many extraordinary beings, I am finally going to have a WEBSITE on the INTERNETS!" she tweeted on Wednesday.

I want to fill it with recipes upon your arrival (new! not the same from the books) - I would love for you to tell me what I should make! Please let me know here and I will screen grab and tag your questions or recipe requests on the site!!

Refinery29 noted that fans were ever so slightly excited about Teigen's promise to provide brand-new recipes not seen in her 2016 cookbook, Cravings, or 2018 follow-up, Cravings: Hungry For More — and dishes that followers would love to make at that.

Fans wrote in with over 1,400 votes, Refinery29 reported, for everything from twice-baked potatoes to Thai entrees. (Teigen is of Thai descent on her mother's side and learned to embrace her heritage as an adult through cooking, People reported.)

Teigen's got a pretty very big, multifaceted life these days, with Us Weekly noting that she juggles growing an empire with being a partner to music superstar John Legend and mom to Luna, 2, and Miles, 9 months.

She could probably just rest on her laurels at this point, but Teigen is clearly super-ambitious to join the ever-more-crowded lifestyle field.

One fan noted the other ladies in the field on Teigen's Twitter, according to parenting website Red Tricycle: "Lookout goop, Chrissy is coming for you," referring to Gwyneth Paltrow's brand, which also boasts recipes.

Of course, Teigen's never seemed the unsure type. She's got a personality all her own and there's no doubt she has a following who will want to click through as long as she can bring the cuisine, and the content. (And I'm pretty sure she can.)

And with Teigen having launched her Cravings by Chrissy Teigen collection of kitchen and cookware items at Target last year, as Vox reported, it's clear she's ready to join the domestic-diva big leagues.

Vox noted that Teigen's greatest strength is how relatable she is (and really, who doesn't adore her online musings, from poking fun at the hubby to baking with her kids?).

I totally agree with this, which is what makes me think that a Martha Stewart-sized empire is within Teigen's capabilities... with her own, down-to-earth twist, of course. I, for one, am looking forward to checking out this site as soon as it launches!