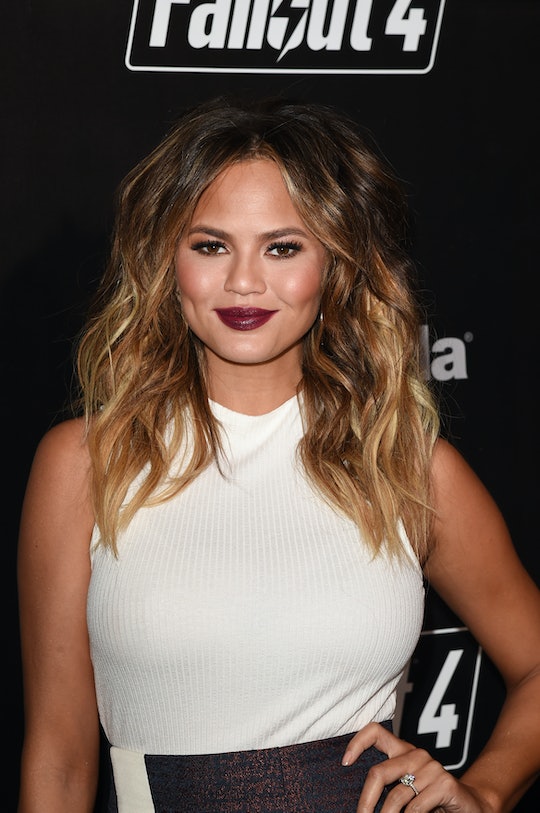 Chrissy Teigen Stands With Planned Parenthood, & Her Show Of Support Is Perfect

People around the country took to Twitter to voice their solidarity and support for Planned Parenthood after an unidentified gunman entered a Colorado Springs Planned Parenthood and killed three people and injured nine others. The first victim has been identified as 44-year-old Colorado Springs Police Department officer Garrett Swasey. The investigation is still on going, and the location of the attack has been labeled an "active crime scene," as officials are continuing to process the scene to determine a timeline as well as a motive as for why this happened.

Planned Parenthood has been the victim of numerous violent attacks since the first clinic opened in Brooklyn, New York in 1921. Bombings, shootings, arson and chemical warfare — usually at the hands of pro-life advocates — create a heart-wrenching historical picture of the fight for women's reproductive and sexual rights. While Planned Parenthood is a federally funded healthcare clinic, much of its sustainable income comes from the generous donations of pro-choice advocates, all of whom believe in the continued health and wellbeing of women and their partners.

Which makes the tweet Chrissy Teigen sent in the wake of this most recent violent and deadly attack all the more powerful and important. Tragedies like the senseless killings carried out today, reminds us all that Planned Parenthood — and the women who use and provide their essential services — need our continued financial support.

And now I just want to say thanks, Chrissy.

The individual responsible for the terrorist attack (because yes, we should be calling it that) on the Colorado Springs clinic is an attack on all women and their reproductive rights. It was a blatant attempt to scare women, Planned Parenthood, and the people who help provide essential healthcare services. It was an attempt to instill fear and terror into the masses; an ill-fated attempt to shut down Planned Parenthood. Thankfully, people like Teigen are responding differently, urging the public to donate (and reminding us all why we donate), so that women can continue to gain access to the reproductive healthcare they need.

Chrissy Teigen, we salute you.

UPDATE: Friday night authorities identified Robert Lewis Dear as the suspected gunman who fired into a Planned Parenthood in Colorado Springs earlier in the day. Dear is reportedly 59 years old and from North Carolina.