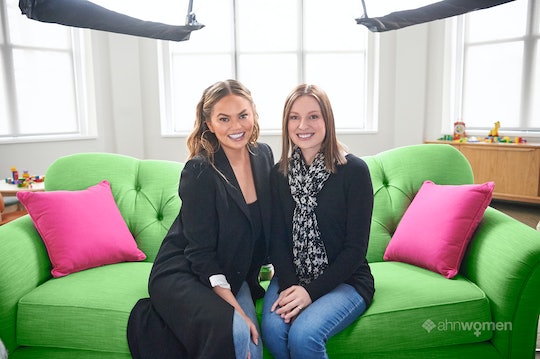 Chrissy Teigen's #MyWishForMoms Is All About Postpartum Mental Health Awareness

With morning sickness, unbridled cravings, and inexplicable mood swings, nine months of pregnancy is no easy task. But for many women, bodily and mental health changes do no stop with the birth of a newborn. Many mothers suffer instead from postpartum depression and anxiety. Chrissy Teigen’s #MyWishForMoms campaign hopes to create open dialogue and raise awareness about maternal mental health in a way that dispels stigma around the illness.

The model, author, mom, and pop culture icon announced today that she is partnering with Pittsburgh-based Allegheny Health Network (AHN) along with its women’s health program, AHN Women, to launch the social media campaign. The initiative comes during Maternal Mental Health month, which is observed annually in May.

The campaign is tackling no small issue. According to the Center for Disease Control and Prevention (CDC), more than 500,000 new mothers, or one in seven, developed postpartum depression, which is characterized by extreme feelings of sadness, anxiety, and exhaustion, just last year. However, only 15 percent of the affected women received treatment, the CDC notes.

Teigen says she hopes the campaign helps make mothers feel like they are not alone in their mental health struggles and lead them to treatment solutions. “My wish for moms is that they know they aren’t alone, and they are supported by the more than 500,000 women who share their experience each year,” Teigen said in a press release. “Imagine if we can get as many people talking about postpartum depression and anxiety as those experiencing it, and let them know help is available.”

She says that her involvement in the campaign comes from her own experience with postpartum depression. “I wish I had known that postpartum depression can happen to anyone because I didn’t think it could happen to me. Here I was, with my perfect little Luna and a supportive husband, yet I was truly struggling.”

Last year, the celebrity mom opened up about her struggle with postpartum depression in an interview with Glamour, after she was named the magazine’s Woman of the Year. She knew something was wrong when, a whole three months after giving birth to Luna, she still wasn’t interested in food.

She explained in an interview with People last September:

"I just started looking at food and was like 'I'm not in the mood.' It’s like going to the grocery store when you’re full. You just don’t want the same things. Food wasn’t that thrilling for me. That was one of the first times I knew something was wrong."

Teigen most recently visited the AHN Women Alexis Joy D’Achille Center for Perinatal Mental Health in Pittsburgh, where she met with women who have received treatment for postpartum depression and/or anxiety. Now, her #MyWishForMoms Campaign can help even more women recognize that they are not alone in their struggle with postpartum mental health.