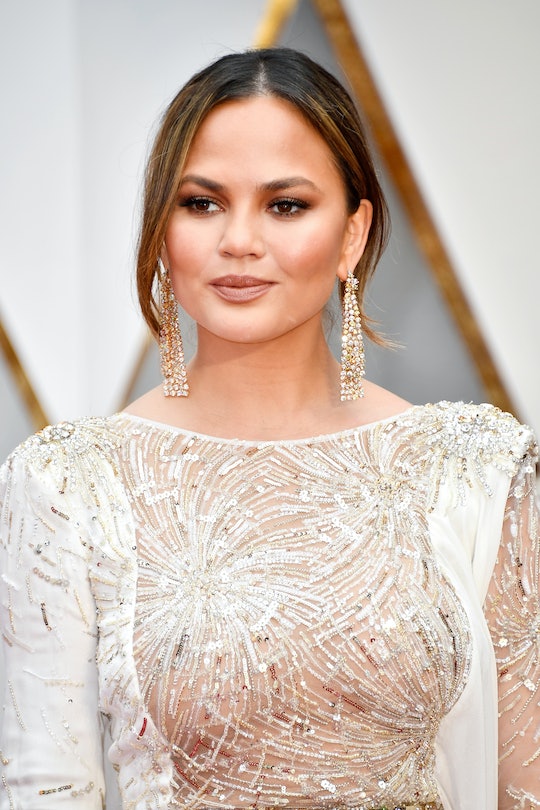 Internet trolls might think celebrities don’t have eyes or feelings, but the amazing Chrissy Teigen’s latest response to mom shamers claps back at them once again to prove that this insidious trend of blasting other moms' parenting skills just has to stop once and for all. The outspoken mom took to Twitter on Friday to shut down her latest batch of critics who wrote negative comments about her adorable 10-month-old daughter Luna. “Imagine being this miserable. We are fine, thanks,” Teigen tweeted with a screenshot from a comment board, which questioned why the little girl doesn’t appear to smile and attacked how Teigen and husband John Legend dress her.

Soon after Teigen’s first tweet, she struck back once more with a sharp and totally poignant point. “Some people are just hell bent on being the f*cking worst,” she wrote in a tweet that's been like more than 83,000 since Friday.

It’s not clear where the comments originated from, and quite frankly, it doesn’t matter. Just the screenshot of the asinine comments is further proof that internet trolls are getting really old. And Teigen is one of the best and most outspoken examples of how pointless this type of criticism and judgement against parents truly is.

Teigen often sticks up for herself against people who criticize her parenting. In fact, she has been defending her choices as a mother ever since baby Luna was born and immediately fired back at critics who shamed the new mom for going to dinner and leaving her baby at home.

In a similar judgmental comment board, people could not help themselves but to weigh in on her date night. Thank the heavens that Teigen has a sharp-as-a-tack sense of humor and shut it down in the best way possible:

The Sports Illustrated model and cook book author is also super honest about how difficult motherhood can be and is totally open about all of the support she has to help take care of Luna. So if people are looking for reasons to complain, they're out of luck.

"Every time I look at Luna, I wonder, 'How on earth does anybody do this alone?'" she said in a recent interview with Entertainment Tonight. "I have the utmost respect for mothers (and) single mothers."

Another reason why internet trolls must be stopped? You never know what someone is going through and the battles people are fighting. Earlier this week, for example, Teigen revealed that she suffered from postpartum depression after giving birth to her daughter in an essay for Glamour.

"I had everything I needed to be happy. And yet, for much of the last year, I felt unhappy," she wrote. "What basically everyone around me — but me — knew up until December was this: I have postpartum depression. How can I feel this way when everything is so great? I’ve had a hard time coming to terms with that, and I hesitated to even talk about this, as everything becomes such a ‘thing.'"

The amount of shaming and criticism that's out there in the dark world of the internet is distressing and, unfortunately, there's not much that can be done about it. For some, it's best to just ignore it and move on with your head held up high. For Teigen, she'll happily shut it down and put shamers in their place.