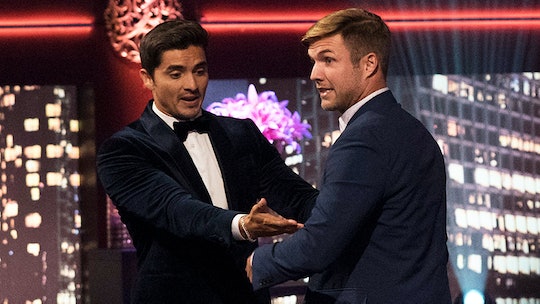 In all honesty, it's hard to keep up with all the contestants from the Bachelor franchise. Each season of The Bachelor and The Bachelorette introduces at least 30 new faces, so I wouldn't blame you if you didn't remember Christian Estrada when he washed up on the beaches of Bachelor in Paradise Season 6. The ABC reality star first appeared on Becca's season of The Bachelorette and was eliminated on the first night. Of course, this means viewers don't know much about him other than what has been shown onscreen. Luckily, Christian from Bachelor in Paradise's Instagram sheds some light on what he's been up to since he was sent home.

Christian's Instagram handle is @estradac11, and like most Bachelor Nation alum, his feed is filled with self-portraits. Of course, this makes sense as the reality star's bio states he is a model, actor, and entrepreneur. Christian also frequently promotes his time on the Bachelor franchise. Although he didn't make much of a mark during The Bachelorette, fans might recognize Christian from the "Men Tell All" special episode where he got in an argument with Jordan Kimball. After the event, Christian posted a few photos with members of the cast. He also added a video of his altercation with Jordan. Later, he congratulated Colton Underwood for his Bachelor crowning. And when Bachelor Nation thought they heard the last of him, Christian posted a video featuring a fight on Bachelor in Paradise.

"ITS NOT GOOD TO WAKE A SLEEPING LION," Christian wrote in the caption.

Although many viewers delved headfirst into Blake Horstmann's tangled web when BiP premiered, it seems another love square emerged around Nicole Lopez-Alvar. By the end of Week 2, Christian, Jordan, and Clay Harbor were seen vying for Nicole's heart. And after a series of uncomfortable confrontations, Jordan and Christian fought over a piñata — because of course they did.

Following the episode, Chris Harrison opened up about the fight in an interview with Entertainment Tonight, and he did not approve.

"Look, we want drama. We love story. We like the craziness. But there's a line, and anything that gets physical is the line," Chris said. "We can't stand for it. We can't have it. Things boiled over one night and got out of control. It got serious."

The host also assured fans the argument was sorted out by the BiP crew. "This is why I'm very proud of what we do as producers," Chris told the publication. "We have security there on the beach, and it's not really for this reason — they're not bouncers ... but they turned into bouncers that night, and we quickly got this subdued and taken care of."

While I'm glad to hear the BiP producers were quick to put out the flames that night, viewers are now wondering what happens next. After hearing what Chris had to say about the situation, it's definitely possible both Christian and Jordan will be sent home. But only time will tell at this point, and fans will have to wait to see how the physical altercation plays out on Aug. 19.