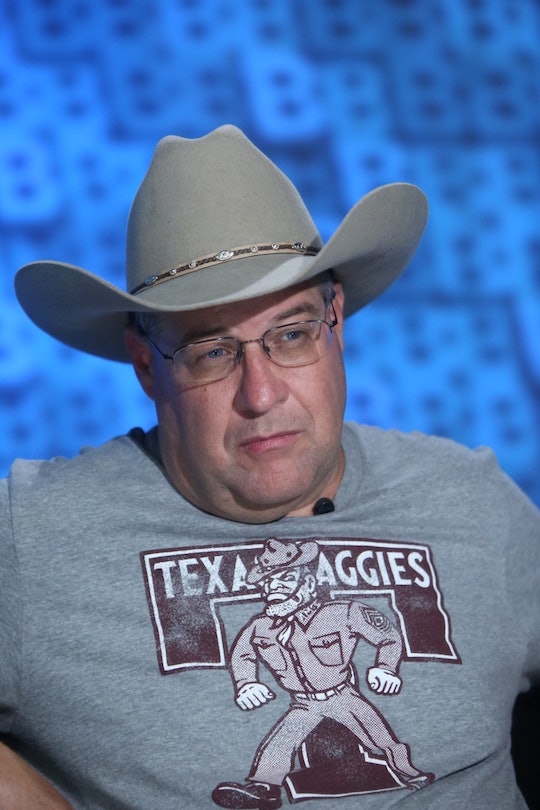 Cliff Hogg III will go down in Big Brother history as having one of the greatest comebacks of all time. He wasn't part of any of the strong alliances and then he was voted out of the house with a majority vote, but he won his way back into the house minutes later. Then, Cliff won Head of Household on Big Brother and I think this means there is hope for redeeming an otherwise unfortunate season.

Plenty of Big Brother fans on social media have written off Season 21 of Big Brother as being a disaster, thanks to the live feed videos of Michie and Jack seeming to pick on some of the other houseguests. Fans also weren't wild about seeing blindsided players like Kemi and Ovi join David, who got a bum deal himself, in Camp Comeback. Meanwhile, the dominant alliance, Gr8ful, which became Unde9able, and then Six Shooters, ruled the house, taking down anyone who isn't in the inner circle.

Cliff winning the HOH competition in Sunday’s episode could be what the season needed to shift the power in the house. He has no reason to align himself with the majority alliance since they are the ones who just voted him out of the house and targeted his friends before he was sent to Camp Comeback. From my perspective, if Cliff uses his HOH reign to his advantage, he can make some big moves this week.

Almost as soon as Cliff re-entered the game, Michie and Holly came to him to assure him that they would have his back if he has theirs. But Cliff isn't an idiot. He has sat back and watched the alliances form in front of him without ever being included. And without even attacking any of the other houseguests, he was targeted. So when Michie came to Cliff to get his word that the three of them could count on each other, Cliff said in the Diary Room, "All I know is I was going out the door because of what they did."

Unde9able’s original plan was to vote out Nicole and keep Cliff around because they felt they could no longer trust Nicole. But Michie led the coup that decided to go against Nick and Bella and instead vote out Cliff and keep Nicole around. Cliff doesn't know that, but Cliff seems to realize that Michie and Holly likely had something to do with him being thrown out of the game.

It made sense, then, for Cliff to put up Michie and Jack for eviction to, as he said, turn "that little split [in Unde9able] into a hell of a crack." After he won HOH, Cliff said that he was ready to look at the other houseguests and figure out who turned against him and who he should target himself. He kept Nicole safe since they are buddies and had a short-lived alliance with Ovi. He said that as the new HOH, he wanted to make a big move. Putting up Michie and Jack is certainly a big enough move to make his time as the HOH worth it and to hopefully break up the biggest alliance in the house.

In the past on Big Brother, floaters in the house or older players don't last beyond the first few episodes. Cliff falls into both of these categories because he is the oldest houseguest this season and he hasn't been included in any of the powerful alliances. He has already beat the odds just by still being in the house and his HOH rule could be the one to shake things up and turn around the season.