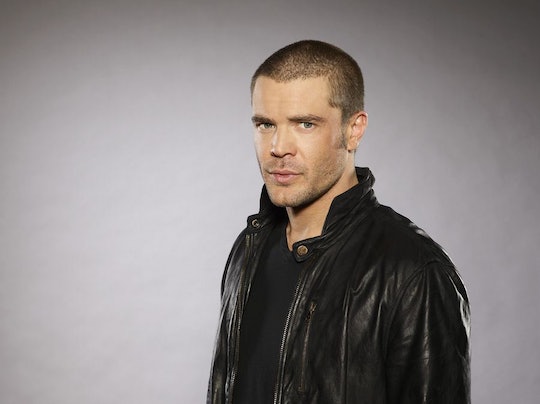 Why Frank May Actually Be Innocent On 'HTGAWM'

When How to Get Away With Murder returned last Thursday, it dove right into the big mystery of who killed Wes. But when Frank straight up confessed to the murder himself by the end of the hour, presumably to save Annalise, something didn't seem right. Of course he's totally capable of committing the crime, but there are too many clues that Frank didn't kill Wes on How to Get Away With Murder. The main reason is that it would be way too easy and ever since the beginning of the season, Frank has been trying to make things right between him and Annalise.

True, it seemed like Wes was about to make a huge deal with the police that would hurt Annalise, but since it never actually happened, there's really no telling what he was going to do. And while Frank might have killed him for that reason, he's way too obvious of a suspect for it to be that cut and dry so early in the second half of the season. Annalise has no shortage of enemies, one of whom could have easily been the culprit behind Wes' death, and Frank isn't in the position to make her hate him any more, so him killing Wes at this point has no real purpose.

Suffice to say, there are plenty of other contenders who have a lot more reason to kill Wes in order to hurt Annalise. And the clues of Frank's innocence just further prove that point. For instance...

He Already Said He Didn't Do It

When Bonnie asked Frank if he killed Wes, he denied it right away. He could've been lying to her, but they’ve always had a special relationship. Special, as in they were both Annalise’s minions for so many years. At this point, Frank owes it to Bonnie to be honest with her, so when he said he didn’t do it, it felt pretty legit.

It's Not Like Frank To Confess His Crimes To The Police

Frank has committed so many crimes over the years that seeing him strangle someone or shoot someone in the head feels normal at this point. That being said, it just isn’t in his nature to confess to his crimes to anyone in a position of power. Even though he did make a confession to the cops about killing Wes, that certainly doesn’t mean he actually did it. It’s just not his style.

Asher Is Acting More Emotional Than Anyone

It might just be a red herring, meant to throw viewers off the scent of anyone else, but Asher has taken Wes’ death worse than almost anyone else. He’s been emotional, he attacked Connor for his admittedly ignorant comments, and he’s just been overall broken up about it. And he and Wes were definitely never BFFs. Honestly, at this point, if anyone looks guilty of killing Wes on HTGAWM, it’s Asher. Or, at the very least, he had something to do with it.

That is, he wouldn’t want to hurt her more than he already has by neglecting her all summer and continuing to be M.I.A. until she almost died in a house explosion. But even so, Frank originally left because of his own actions and although he was totally negligent of Laurel and the relationship they’d started to build, he wouldn’t want to hurt her any more by hurting someone who was actually good to her.

I’ve never been a huge supporter of the Wes/Laurel relationship since it felt so random and sudden, but those flashbacks sure make it hard not to 'ship them after the fact. The bottom line is that there is no way Frank would confess to a murder he actually committed. He’s either trying to take the fall to save Annalise or trying to buy someone else some time.