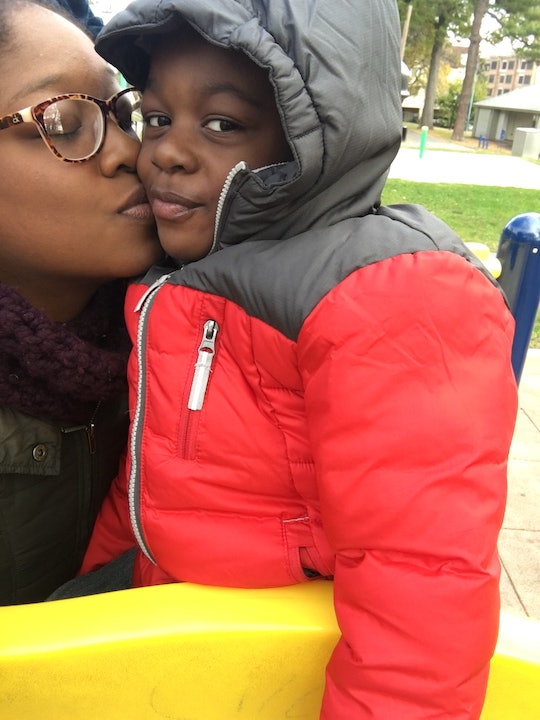 Co-Parenting With My Ex Makes Me Feel Absolutely Awful

I think every mother can identify a time when she felt totally helpless. There is this sense of sorrow that we can’t do anything in our power to make a situation easier for our kids. For me, that moment hit me like the weight of the world when my ex and I finally decided to split up for good and co-parent together.

Because we were both adults, ending a relationship that was toxic and harmful for everyone involved seemed like the most logical and healthy option. And at first, it felt good to be taking concrete steps toward creating a family that didn’t require my ex and I to maintain a romantic relationship. I was excited to jump head-first into the world of coparenting and prove that it could be done seamlessly.

But when I started co-parenting with my ex, I wasn't prepared for the feeling of epic failure that would consume me.

When my ex moved several towns away, we decided to work out a co-parenting schedule that would benefit all 3 of us. My son would be able to see him twice a week and I’d take on the bulk of the weekly parenting duties. Yet while we were planning and arranging, I never took a moment to think about how difficult it would be for my 4 year old. I assumed he would understand immediately that daddy was going to live in a new house, while mommy would continue to live with him. I didn’t factor in the emotional tornado that our breakup would cause for him.

My feeling that I was the world’s crappiest mom truly culminated when the daycare teacher asked to speak to me with the door of her office closed. Wracking my brain to see if I forgot to pay that month’s tuition or left his naptime blankets at home, I wasn’t sure what she wanted to discuss.

Closing the door behind me, she folded her hands and offered me a seat. She started by telling me that my son had developed a strong sense of defiance. He'd also started hitting, which was unlike him. She said that he seemed angry and it might be stemming from my new "home situation."

I felt the guilt and embarrassment rise in my throat as she talked. “I pulled your son to the side to ask him why he was so angry and, with tears in his eyes, he told me that he didn’t want to see his daddy anymore," she explained.

At that moment, I felt like I had made the wrong choice. Being with my ex was not a good situation, but watching my son silently cry every time he had to go to his father’s house was devastating. He had turned into a kid I didn't recognize: angry, defiant and sad. I couldn't help but ask myself: was my happiness as a person worth the sacrifice and despair of my child?

I broke up my family in the hopes of making a new kind of family work, and it’s made me feel like a bad parent.

When I became pregnant, I promised myself that I would try endlessly to keep my family together. I didn’t want my son to become another statistic, one of the estimated 72% of children of color raised in a single-parent household. I didn’t want to raise a child with anger issues, and like many mothers, I simply wanted to be perfect. I broke up my family in the hopes of making way for a new kind of family to work, and it’s made me feel like a bad parent.

While l know that the perfect parent is just a figment of my imagination, living up to that ideal is a desire that I can’t seem to shake. When I think back to the day I gave birth to my son and how hopeful I was about our future as a family, I know it's better to simply settle for happiness instead of striving toward perfection.

Over the last month, my ex and I have learned how to work together to create a safe space for my son to express his anger about the change. We also set up a conference with his daycare teacher to discuss how we could all work together to be there for him.

During the meeting, I realized how selfish I'd been. I'd wanted to rid my personal life of my ex so badly that I completely ignored how it would affect my son. Instead of taking our time during our joint drop-offs and pick-ups, I was rushing through it just to get it over with, dismissing my son's feelings about the whole thing.

After the meeting, we reorganized our co-parenting and I realized it wasn't about me and my frustrations. Now, drop-offs and pick-ups last about 10-15 minutes. In that time, we let our son tell us how he's feeling: why he doesn't want to go, or why he's upset. We play with him together so that he can not only hear us say we love him, but actually feel it.

Yes, I still feel pretty crappy when my son tells me he wants daddy to come to our house more, or when he cries because he misses me. But I know that I am in control of our future and that separating with my ex was for the best. Above all else, we'll always be a family, and that will never change.