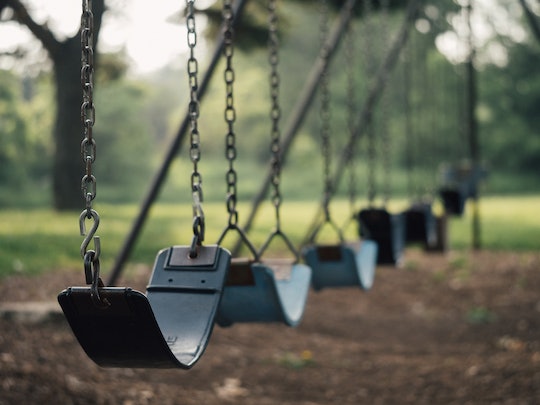 Could More Recess Help Improve Test Scores? Studies Show That Kids Need To Get Outside

In an effort to improve test scores, the No Child Left Behind Act has encouraged schools to focus more on core academic subjects, according to Live Science, leaving other subjects like art, music, gym, and recess out in the cold. But could more recess actually help with test scores? A growing body of research implies that play is beneficial to learning. Experts already know that recess has health benefits — outdoor play can combat obesity, nearsightedness, and ADHD symptoms — but researchers believe that it could also improve school performance, too.

According to the Today show, when the Eagle Mountain Elementary in Fort Worth, Texas, implemented the Liink program and began providing four 15-minute recess breaks per day for kindergarten and first-grade students, it found that kids became more attentive, were better able to follow directions, had fewer disciplinary issues, and exhibited better problem-solving skills. One parent noted that her first-grade daughter is now more independent, has more friends, and her writing has become more detailed and creative. Liink founder Professor Debbie Rhea likens recess to a "reboot" that allows the children to "function at their best level." Unfortunately, recess programs like Eagle Mountain's aren't common; according to U.S. News & World Report, one in four elementary schools don't even provide one recess period per day.

A 2009 study by the American Academy of Pediatrics found that just one 15-minute recess period per day can lead to better classroom behavior, and a 2010 Gallup poll of school principals commissioned by the Robert Wood Johnson Foundation found that students are more focused and demonstrate better listening after recess.

The Centers for Disease Control and Prevention examined multiple studies on physical activity and academic performance and found that, in each study, recess either had positive results (in 59 percent of findings) or no association at all. No negative effects on academics were found. The various studies linked recess to higher concentration and on-task behavior, and reported that students were less fidgety or listless, and more focused and attentive after recess. The studies also reaffirmed the AAP's finding that classroom behavior was significantly improved in students who had a daily recess of at least 15 minutes.

It seems like basic common sense that kids have a real physical and emotional need to run, jump, and play, and anyone who has spent time with young children can attest that kids aren't meant to be confined to a desk all day (honestly, grown-ups probably aren't, either). But there's also real research to back it up. The science is clear; kids need to play in order to learn.