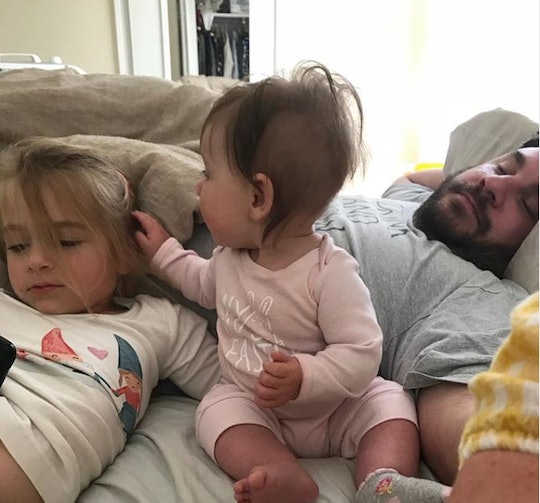 We know Mother's Day means either an over-priced brunch or someone bringing you burned toast in bed. But Father’s Day...it's a bit more mysterious, no? And if you ask your husband? You’re likely to hear, “No no no…I don’t want anything for Father's Day. No need to do anything special.” 'Tis a common refrain echoed across our great land every June, leaving wives everywhere scratching their heads as to what the hell this means exactly. Is it code for “I expect multiple confetti cannons and a military-style parade”? Is it an existential cry for help?

To me, Father's Day vaguely conjures images of… I don’t know… barbecue? Mowing the lawn? Fishing? Though my husband enjoys none of these things. And I think that’s more Father’s Day circa a 1982 sitcom. According to the New York Daily News, in Thailand kids give their Dads canna lillies on Father’s Day. #sweet And in Germany, men pull wagons of beer into the woods and drink until they pass out. #doublysweet

But the United States doesn’t really have any definitive traditions for the day. There are lots of interesting suggestions online, of course. At Parents.com they suggest Dads take the day to maybe sit down with their kids and figure out which colas explode, or “invent new cereals.” And while these ideas are certainly creative, I think they only further prove my point that we are kind of reaching on what exactly to do.

Below, I offer a few of my best guesses for what dads are really trying to say when they claim they want "nothing" on their special day.

That he feels guilty about all of the times he’s fallen asleep face-down on the living room floor while you simultaneously did the laundry, cooked dinner, and helped your 5-year-old build a LEGO Death Star, and deep down he feels he deserves nothing. He is correct. Gift him a shoebox of air.

He wants you to book couples’ lessons in aerial silks. (Do this, and I promise that next year he will find his voice when you inquire as to what he would like.)

He wants you to spray paint his hand gold and call him Jaime Lannister so he can then make love to you until dawn like the Kingslayer he knows in his heart he truly is.

He wants you to go on a long weekend wine tour with three of your best girlfriends so that he may have at least 48 hours of focused quality time with the fruit of his loins.

He feels bad about the crushing boot of the patriarchy and wants you to smack him in the face with a sock full of tennis balls. Don't ask questions... it's Father's Day! Just give the man what he wants.

He wants an oversized oil painting depicting you as Botticelli’s "Birth of Venus." Yeah, the more I think about it this is so clearly exactly what he wants. What every man wants, really.

He wants you to understand that he doesn’t have the language to express what he wants for Father’s Day because being a dad is one of the most life-altering, monumental experiences of his existence and he’s afraid if he tries to communicate this he will explode from the overwhelming feeling of love surging through his man muscles and turn into infinity dust.

Or, he wants to pull a wagon of beer into the woods and drink it until he passes out.