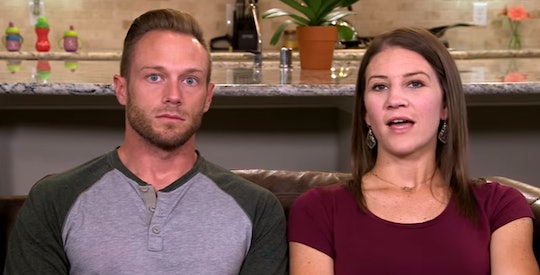 When you think of Adam and Danielle Busby, the gregarious (and frequently long suffering ) parents from TLC's docuseries OutDaughtered, "infertility" probably isn't the first word that comes to mind. Busy, of course. Exhausted, yes. Blessed, absolutely. But infertile? They are the parents of six little girls, five of whom are two-year-old quintuplets. But the reality is, the Busbys struggled with infertility for years, and have been incredibly generous in sharing their experience with those potentially going through the same taxing journey.

The Texas-based couple, who originally met and fell in love as teenagers working at Target back in their hometown of Lake Charles, Louisiana, moved to Houston after they got married and started trying to start their family. As Danielle wrote on the family's blog, It's A Buzz World:

After well over a year of trying to conceive, we realized that we have a problem with infertility. We would do whatever it took to get pregnant, so we started the long process of fertility treatments. We went over a year, trying different drugs and IUI procedures with no luck.

They went back for one more try... and success! Six-year-old daughter Blayke was born. But only after a considerable amount of stress, worry, and strain on their relationship.

Danielle wrote on her blog that she had a difficult time coming to terms with their infertility (Adam has a low motility rate while she does not ovulate as regularly as is necessary). She wrote on It's A Buzz World:

I remember asking Adam one evening “WHY?!?! Why must we go through all this again?! WHY does it have to be so hard for people who love children and who can raise them in a loving home?!?! WHY US!?! WHAT is God teaching US this time?! WHAT are we supposed to LEARN this time around?!” One of the questions I asked God was “What is it this time…what do you want from me?” So many questions that I know I will never know the answer too…but sometimes you just have to express those emotions and cry out to God.

When the Busbys were going through IUI (intrauterine insemination) treatments, it wasn't just Danielle who felt worn to a nub by the process. Adam told KPLC TV:

Every single week it seemed like we were at the doctor's office doing tests, just an extremely stressful process.

Even once the babies had all arrived, Adam found himself struggling to cope with stress... and recently opened up about his experience with postpartum depression as a father, according to People:

After coming face to face with postpartum depression following the birth of our five daughters, I quickly learned that this is a very real struggle that dads all around the world go through, yet you rarely ever hear it talked about,” he continued. “I’d be doing an extreme disservice to our fans if I hid this from the public and wasn’t honest with them.

The couple went through five rounds of incredibly expensive IUI treatments without success. Not only was it costly, it was wearing on their relationship. And so they decided to take a time out. As Danielle wrote on their blog:

During this whole time of going through infertility, obviously it is costly, time-consuming, and stressful. It definitely challenging time for Adam and I’s relationship. At this point of no success, my doctor wanted us to start thinking about In vitro….which this just made us more stressed out…how were we going to afford that when its way more expensive than what we have been doing and at this point we have no more money to spare. We were both so stressed from trying and became depressed about the whole situation. Why was it this hard for us!! After a few days discussion, Adam and I decided we were going to take a break from ‘trying’.

Danielle told Channel Guide that she found solace in finding a community of women who were going through a similar journey:

I had friends that I have met here, around the Houston area, who have struggled with infertility and the depressive state that one can go into. You want a family but you just physically can’t make it happen. But we had Blayke successfully after going through infertility, and now we’ve had the quints!

After having Blayke, Adam and Danielle went through a second round of IUI treatments. This time, they welcomed the first set of all-girl quintuplets in American to the world; Ava Lane, Olivia Marie, Hazel Grace, Parker Kate, and Riley Paige. These days, the Busbys must feel pretty removed from their infertility journey. But that doesn't mean they've forgotten how far their journey had to take them. Danielle admitted in her blog that writing about the experience was cathartic:

I have never captured this down and if you could see my face right now…how puffy, snotty and red-eyed I am… you would know how hard this journey was for us BUT how grateful we are for being blessed with everything God is providing and entrusting us with. As challenging as our infertility journey had been and as challenging as our future will be…I would not change anything about it.

Hopefully someone out there struggling with the same issue will find a little comfort here.