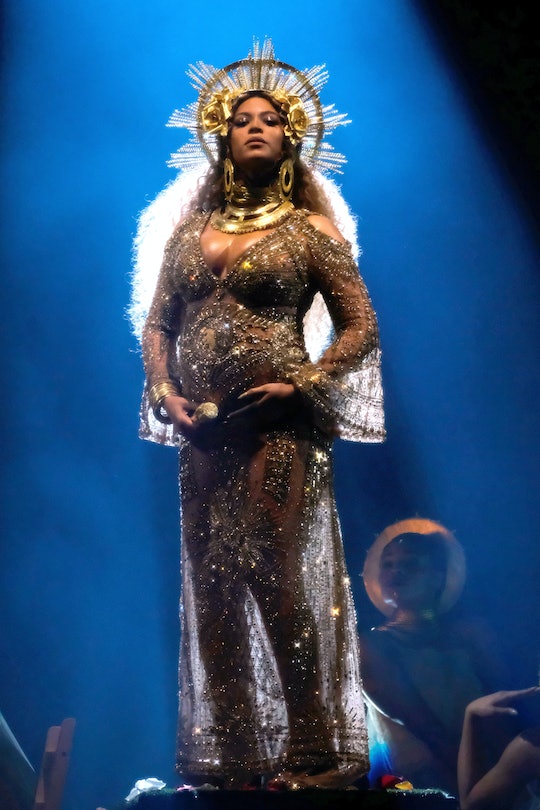 For The Love Of God, Leave Beyonce & Jay Z Alone

On Sunday, Beyoncé’s father Matthew Knowles found a generic balloon-bordered Instagram frame and leaked the long-awaited announcement we were all expecting: that Beyoncé had given birth to the most iconic twins since Mary-Kate and Ashley. The BeyHive was furious with Knowles for preempting his daughter's announcement and promptly attacked him on social media.

It's understandable why Beyoncé's fans were upset: Beyoncé and Jay-Z are both incredibly private, and they only share personal news with their fans on their own terms. The fact that Matthew Knowles took it upon himself to be the first person from the Knowles-Carter clan to share such significant news struck fans as a betrayal of the couple's trust. ("How many times does she have to fire you?," one person tweeted, alluding to Beyoncé famously firing her father as her manager.) In that one Instagram post, Knowles became every millennial parent’s dad on social media: well-intentioned, but incredibly embarrassing.

The hilarious dragging of Matthew Knowles aside, the Beyhive’s reaction was warranted. Even in an era where we're used to sharing our most intimate, private moments on social media, the decision to announce the birth of a child on social media is an immensely private and personal one. It's also one that belongs to the parents and the parents alone.

The birth of a child is a unique and special moment — and whether we acknowledge it or not, it also sets a precedent for what role the child will play in their parents' social media presence. While friends and relatives might feel connected to a new baby born into their community, parenting is a unique experience for every family. As parents navigate the first few days of child-rearing, friends' and relatives’ needs and wants should take a backseat to theirs — including the eagerness to announce a child's birth or share baby photos on social media.

We don't know why Beyoncé didn't share her news yet, but the truth is, it’s actually none of our business until she chooses to share.

Unfortunately, not many people take this message to heart. I learned this firsthand following the birth of my own daughter. After 36 hours in labor, the last thing I wanted to do was to share the most intimate moments of our new lives by putting her face on social media. I also didn't want to post personal details like her full name or birth date, all of which are fodder for identity thieves or, worse, child predators. At that point, she wasn't even a day old, so why would I expose her to all of that?

Not only did I not plan to share a photo of her immediately, but I also requested that my relatives and friends would respect my wishes to keep private details of my labor and photos of her off their social media channels as well, even when I chose to announce her birth. Of course, not everyone listened to me (eventually, however, they did).

As millennials, we all know the power of social media: a photo that gets a few likes today could easily go viral tomorrow. Unfortunately, not everything goes viral for a good reason: take, for example, the photo of the beautiful child with cancer who was turned into an Instagram meme. I’d hate for a well-intentioned relative to have a public profile setting and post an unflattering or unapproved picture of my child, only for her to be attacked by internet trolls. I’d also hate for private information about my child to be shared on said public profile person’s pages as well.

I realize I can't control the world or other people's actions, but I think it was my right to simply ask people to respect my wishes by not putting photos of my newborn baby on social media — and it's Beyoncé's right as well, even if she is now the most famous new mother in the world. That's doubly true considering that “insiders” are leaking news of the twins' reported health complications. Imagine recovering from labor and dealing with your babies being inside the NICU, and having to deal with seeing your dad publicly congratulate you on social media.

Thanks to Matthew Knowles, the official insider of insiders, the world knows that the twins are (probably) here. We don't know why Beyoncé didn't share her news yet, but the truth is, it’s actually none of our business until she chooses to share. It's her and Jay Z’s choice — not Grandpa's.