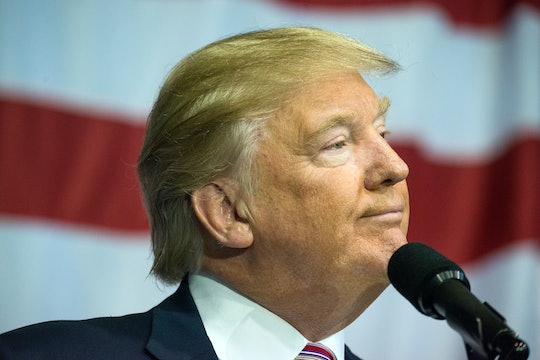 At the final debate Donald Trump made it very clear that he will not accept the results the presidential election on Nov. 8 if he loses. The Republican candidate will most certainly try to argue that the whole thing was rigged — a claim that Trump asserted throughout his campaign and his career — and perhaps he might blame it on widespread voter fraud, cases of which are extraordinarily rare. With Election Day just weeks away, debunking the voter fraud myth that Trump continues to perpetuate is an important issue to address because these claims and declarations continue to be talking points of the Trump campaign ever since polls started veering away from the GOP nominee.

At a rally on Thursday, Trump raised concerns about voter fraud again while declaring that he will only accept the results of next month's election if he wins.

"I would like to promise and pledge to all of my voters and supporters and to all of the people of the United States that I will totally accept the results of this great and historic presidential election — if I win," Trump told his supporters a day after the final presidential debate, according to CNN. "Of course, I would accept a clear election result, but I would also reserve my right to contest or file a legal challenge in the case of a questionable result."

If Trump loses next month and deems the results "questionable," he may turn to one of his many conspiracy theories to allege that the election was rigged. But Trump claiming that voter fraud is rampant and widespread simply is not true. In fact, as Mother Jones pointed out, both UFO sighting and getting struck by lightning are more common than voter fraud.

Let's have a look at a stunning statistic: Out of about 200 million ballots cast, instances of voter fraud happen at a reported rate of 0.00004 percent. This figure comes from a crackdown on voter fraud between 2002 and 2006 under the Bush administration, which, according to The New York Times, found "no evidence of any organized effort to skew federal elections" and led to a total of only 86 convictions of voter fraud.

Despite these findings, Trump still continues to perpetuate this myth and make unfounded claims.

According to the 2012 Pew report that Trump cited — entitled "Inaccurate, Costly, and Inefficient: Evidence That America’s Voter Registration System Needs an Upgrade" — more than 1.8 million deceased individuals are in fact listed as voters, but it did not find any evidence of these "voters"casting ballots. The evidence only proved that voter registration systems need to be upgraded and those names simply removed from the database.

Quite simply, voter fraud is extremely rare. And if the presidential election is truly rigged, it's not because of that (for example, millions of people are not impersonating dead voters to cast more than one vote). Although Trump has said that he will not concede if he loses on Nov. 8, he and the American public will have to accept that the voter fraud myth is simply just that.