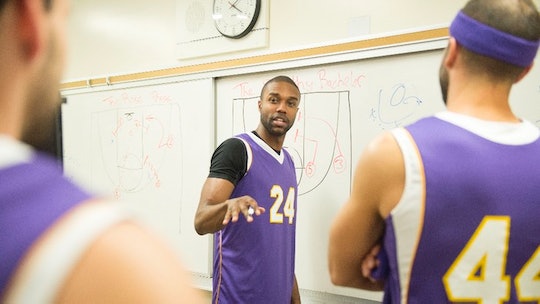 DeMario Is Keeping A Pretty Low Profile On Social Media

DeMario will go down as the Season 13 Bachelorette contestant who gave fans some much-welcomed drama in just the second episode of the season. His girlfriend/ex-girlfriend (the ruling is still out on that one) showed up to reveal DeMario's alleged secret to Rachel and she wasn’t having it, so she promptly sent him home. On the show, he played the denial game and in real time, DeMario’s Instagram proves the Bachelorette contestant definitely prefers to keep a relatively low profile in regards to his personal life, at least when it comes to Twitter and Instagram.

Could that have something to do with keeping dual relationships a secret, so as not to let anything leak on social media? I’m all about giving people the benefit of the doubt, but DeMario’s girlfriend Lexi appeared to have the evidence right there on her phone to back up her claims that they were still technically dating when he came on the show. And once Rachel started to read the proof, there was really no going back. The receipts don’t lie, ya’ll.

DeMario’s Instagram isn’t full of very many posts (nine to be exact), but they do tell you a little bit about himself. Like the fact that he clearly holds his sister and mom in high regard and that he was quick to hop on social media as soon as The Bachelorette premiered. It also looks like he opened the Instagram account right around the time the season was going to premiere, so maybe he expected fans to eventually Google him.

Another possible reason for DeMario’s Instagram being so painfully bare could be that before going on The Bachelorette, he did a quick delete on any social media accounts he may have had before the show, thereby keeping him in the clear. Or so he thought. (But again, this is just a guess on my part.) Unfortunately, nothing on DeMario’s Instagram addresses the recent drama for the Bachelorette contestant, but he did tweet about it in an obvious attempt to keep the situation light. But in actuality, he was just caught.

If nothing else, DeMario’s Instagram is proof that the Bachelorette contestant probably prefers to not have too much extra attention drawn to him in light of everything that has happened. Even his Facebook account hasn't been posted on in a while, further proving that he really has no defense in regards to lying to Rachel. Fans will find out during Week 3 what he plans on saying to her during his surprise return to the Bachelor Mansion, but it would have to be quite the speech for him to be accepted back into the running. And even then he could be out of luck. Only time will tell.