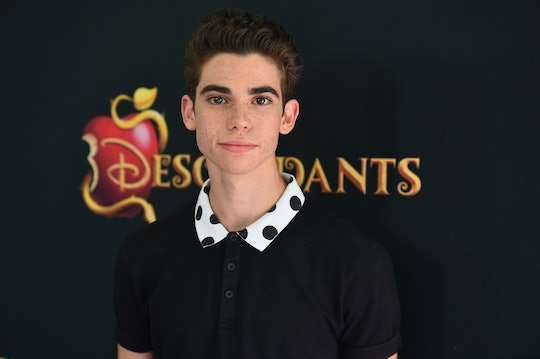 A sudden and untimely death has rocked the Disney Channel world to its core. Sadly, Descendants star, Cameron Boyce, has died at age 20, as confirmed by ABC News. According to a statement released by his family, Boyce, died in his sleep after a seizure triggered by an "ongoing medical condition." The actor had recently celebrated his 20th birthday on May 28, 2019. Once news spread of his passing, shocked fans immediately took to social media to mourn the loss of the talented young actor.

"We watched him grow up and pass away. This is so sad. Never take life for granted because we never know what can happen. Rest in peace to the person who was a part of our childhood, Cameron Boyce. This is heartbreaking," one Twitter user wrote alongside several photos of Boyce.

Though Boyce was best known for his role as Carlos De Vil, the son of 101 Dalmatians villain, Cruella De Vil, in the popular Disney Channel original movie franchise, Descendants, he also appeared on several of the network's shows. He also starred on Jessie alongside Debby Ryan from 2011 to 2015, according to his IMDb, as well as minor appearances on Good Luck Charlie, Shake It Up, Austin & Ally, and Liv and Maddie.

Aside from Twitter, fans and celebrities alike commented on Boyce's last Instagram post, uploading on July 5, 2019, to send their love to the actor after his death.

Another Disney Channel actor, Gregg Sulkin, penned the following tribute to Boyce in the comments: "Cameron Boyce. Over the past decade I’ve met many actors, but you always stood out. Yes you were talented. But most importantly, you were kind. You were humble. You had a special spark. May that spark shine bright in heaven. RIP Cameron. All my prayers & love are with you & your family right now. You may be gone from this part of life, but I will see you in the next part. I am sure of that."

The full statement from Boyce's family to ABC News is below:

"It is with a profoundly heavy heart that we report that this morning we lost Cameron. He passed away in his sleep due to a seizure which was a result of an ongoing medical condition for which he was being treated. The world is now undoubtedly without one of its brightest lights, but his spirit will live on through the kindness and compassion of all who knew and loved him. We are utterly heartbroken and ask for privacy during this immensely difficult time as we grieve the loss of our precious son and brother."

According to D23, we have not seen the last of Boyce. The young actor reprised his role in the upcoming "three-quel," Descendants 3, is due to premiere on the Disney Channel in August 2019.

Unfortunately, widespread news such as Boyce's death might be hard to hide from your Disney Channel-loving children. If you're struggling with how to explain the heartbreaking situation to your little ones, hopefully Romper's piece on talking to your children about death will help.