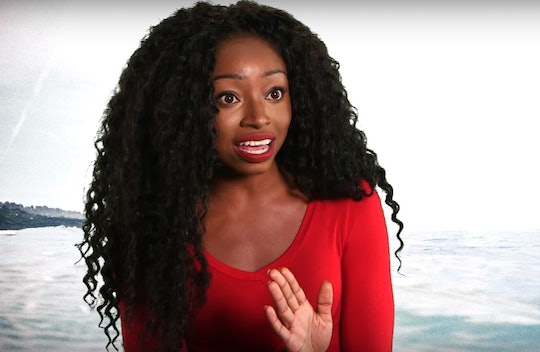 Candace and her boyfriend, Gator Jay, were together for six months before he made his debut on Floribama Shore and it was a shaky one. Her roommates quickly saw how rocky their relationship already was and Candace recently revealed in a promo that he allegedly got physical with her during a heated argument. So it makes you wonder, did Candace and Gator break up after Floribama Shore? She hasn't posted anything definitive on social media to let fans know her relationship status now, but on the show, things haven't looked so good for the couple.

Almost immediately after meeting the other roommates, Gator talked about his "rules" for Candace and what he deemed appropriate in her relationships with people other than himself. At one point, he said that the only people Candace needs to talk to are him and her family, and that she doesn't need friends. Those are pretty strong words for a woman who's on a show with a group of friends where it's literally her job to socialize with them.

Because of what seems like controlling behavior on Gator’s part, Candace opened up to her mom and her roommates about the truth behind their relationship and revealed in the promo for Monday’s episode that he got physical with her. "I did tell y'all I was gonna be open with everybody," she begins in the clip. "My friend ended up telling my mama that Gator put his hands on me."

She goes on to explain that he allegedly grabbed her throat in the middle of an argument. The rest of the Floribama Shore cast urges her to see the relationship for how toxic it is. Candace doesn't say if this means things are over between her and Gator, but it does make you wonder how they could come back from the incident and if they’re together now that the season has finished filming.

It is very telling that Candace retweeted a fan who tweeted a video of the promo and wrote, "I looove how they stick up for one another. Candace love you leave before it gets worse I know family who've gone through that!!! I looove you guys!!" If Candace had chosen to stay with Gator after the altercation, then chances are, she probably wouldn't have retweeted a fan who advised her to leave her boyfriend. Just sayin'.

Candace herself posted a cryptic tweet recently that seems reminiscent of a newly single woman recently purged of a bad relationship. It may not say outright that she and Gator broke up after Floribama Shore finished filming this season, but it could still mean that Candace has moved on.

She also liked a handful of fan tweets that addressed her reveal that Gator allegedly had put his hands around her neck off camera. Most of the tweets urged Candace to see the potential warning signs in her relationship with Gator after their fight. "It always escalates if they can do it once then the next time is easier," one fan wrote in a tweet that Candace liked. "If ur friends and fans didn't care for u we wouldn't tell u our stories."

It’s hard to say if there were any photos of Gator on Candace’s Instagram before she introduced him to the rest of the Floribama Shore cast, but if there were, then she scrubbed her social media clean of them. Likewise, Gator’s Instagram has zero photos of Candace or pictures of them together. This could just be a coincidence, but it seems like the couple is no longer together. When your boyfriend leaves a bad taste in the mouths of your family and your closest friends, it’s usually not a good sign for a long future ahead.

Candace might not have said anything about her relationship with Gator one way or the other, but all fans can do is hope that she made the decision that was best for her.