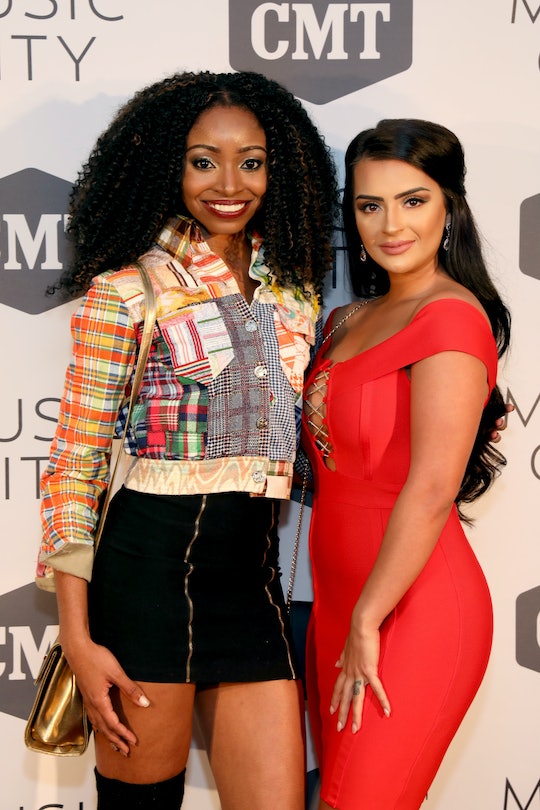 Candace On 'Floribama Shore' Is A Little Far From Home

Just like the cast of the original Jersey Shore, the cast of Floribama Shore is, for the most part, made up of a bunch of partying millennials from the general area. While some are from right around the corner of Panama City Beach, Florida, others traveled a bit further in order to be a part of the spin-off series. Candace Rice, for example, isn't from Florida or Alabama. So where is Candace from Floribama Shore from? She is actually from Memphis Tennessee. Even though she has to travel a bit in order to film each season of the show, she’s still a southern girl through and through.

Although she grew up in Memphis and still goes back home from time to time, Candace recently relocated to Los Angeles, California to pursue her dreams in show business and make her mark on the industry. According to her website, Candace as been “featured in over 50 television shows, films, ads, and commercials from Lifetime movies to ads in Europe and China,” so she’s well on her way. Although it's wouldn't be a stretch to say that her participation in Floribama Shore has gained her the most notoriety out of all of her projects so far.

On Candace’s LinkedIn profile, it says that she went to the University of Memphis, where she studied communications with a focus in multimedia. She went on to use her education to work with a couple of different local radio and TV networks to get her foot in the door and now she’s made her move to L.A. to further her career even more.

Candace is definitely a southern girl who will always have roots in Memphis, but she’s done her fair share of moving around to really figure out where she wants to go and who she wants to be. "I come from very humble beginnings. My parents worked very hard. I don’t come from a rich family or anything like that," she told Life & Style. "I have two great parents and they instilled a lot of great values in me. And I left home when I was, like, 20 to move to New York and then I came back to Memphis and then moved to L.A."

Her reasons for moving to L.A., she explained, have everything to do with her career goals, and although we haven't seen much of those aspirations so far on Floribama Shore, there’s still plenty of time for that. "I eventually want to be a comedian, I want to produce my own movies, and be a television host," Candace revealed. "Those are things that I was doing way prior to reality television and those are really my passions and I’m actually very talented. You don’t see it that much on the show. You see me throwing back shots! But I do hope that one day my platform will allow me to showcase my writing talent and my comedy talents."

Although Candace isn't one of the cast members who also happens to live like 30 minutes away from the Floribama Shore house, she already has strong ties to both the house itself and the cast.