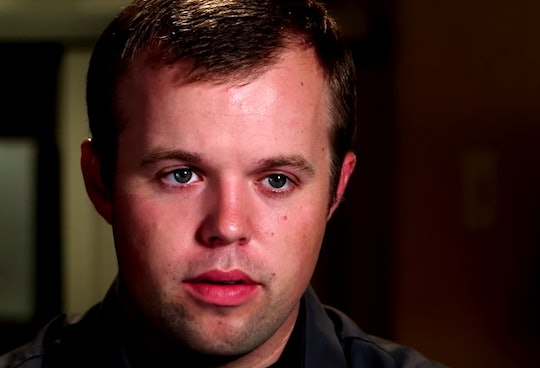 So many people (including celebrities and reality TV stars) took to Instagram on Tuesday where they announced that they had voted in the 2018 midterm election, including members of the Duggar family. More specifically, though, Jill Duggar revealed on Instagram that she had voted for her brother, John-David Duggar. This led many people to wonder, though, did John-David Duggar run for office? And what exactly did he run for?

And as Jill Duggar shared on Instagram, John-David Duggar was running for one of these small (but mighty) positions during the 2018 election, and won. On Tuesday, Nov. 6 (just three days after he became a married man, according to People), John-David was re-elected to be the constable for Washington County, Arkansas, according to government documents.

John-David won as a Republican with 57.69 percent of the vote and a total number of 9,854 people voting for him. This was a clear victory on his part, even if he has had this position for the past five years, according to the Duggar Family Blog.

But what exactly does a constable do? Constables in Arkansas watch over rural land. Most police departments in Arkansas don't have the funding to cover or watch this land, according to the Arkansas Democrat-Gazette, which is where the constables come in. Constables are on the same level as municipal police officers, but they're elected and often don't get paid. This role is so rare that only nine out of 50 states have constables, according to the Arkansas Democrat-Gazette.

John-David has about the same privileges as a police officer, according to Alabama.com. He can make arrests, carry a gun, enforce traffic laws, among other duties. There are little to no requirements to be a constable — just as long as the person who is elected is passionate about their job. But according to a Michelle Duggar penned blog for TLC, John-David was a police officer at some point. Bottom line: John-David's job is to keep the peace, and since he is one of the oldest out of 19 siblings, he has some experience in keeping the peace in his family.

Needless to say, John-David's family members and constituents are super supportive of his elected position. As previously stated, John-David's sister, Jill, proudly proclaimed that she voted for her big brother (with her two kids in tow) in their home county.

Although John-David just got married in Ada, Oklahoma, where his wife, Abbie Grace Burnett is from, according to Us Weekly, it doesn't seem like the newlyweds will be making any major moves any time soon. Constables serve a two year term before being re-elected, according to the Arkansas Democrat-Gazette, so John-David will have until 2020 before he decides if he wants to run again or move to a different county or state.

But, it wouldn't be out of the question if John-David set his sights on a bigger political career, too. His dad, Jim Bob Duggar ran in the 2002 Republican primary election in Arkansas for the U.S. Senate. And before that, Jim Bob was a member of the Arkansas House of Representatives for four years, according to USA Today. However, based on how long John-David has been a constable, it seems he's content where he is.

At the same time, don't be totally be surprised if you see signs campaigning for "Duggar 2020." You never know.