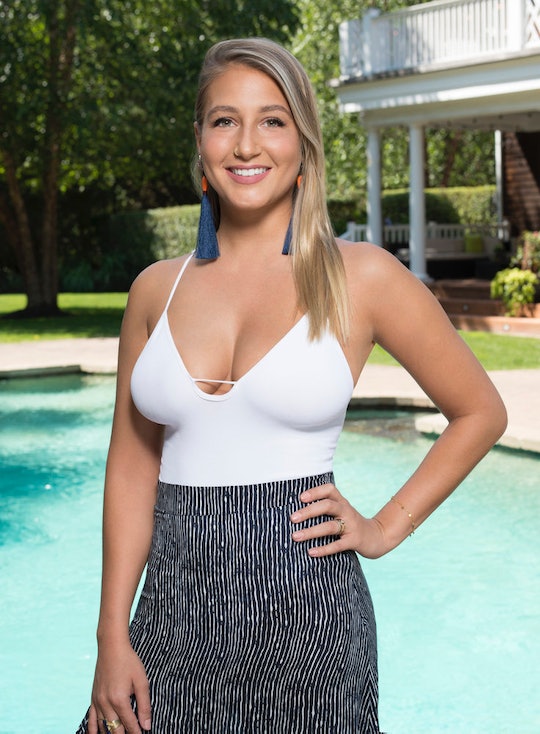 Amanda and Kyle have been through a lot this season on Summer House and it’s not over yet. First, Amanda learned about his cheating on her months prior to the start of the summer and now, it seems, he made a second mistake that could cost him his relationship. Until Kyle confirms that's what happened, you can take it with a grain of salt, but according to Lindsay on Summer House, Kyle cheated on Amanda again and the drama is far from over.

In a clip from tonight’s episode, Lindsay confides in her aunt that a friend of hers said that Kyle cheated on Amanda more recently than the last time things went south for the couple. Now, Lindsay is once again in the impossible position of telling Amanda what she heard and hoping the messenger isn't blamed or keeping her mouth shut and hoping that Kyle and Amanda’s relationship progresses without anymore drama.

Obviously, Lindsay is going to tell Amanda or at least get word to her about Kyle potentially cheating again, but there are so many layers to this that right now, it’s unclear of Kyle really did cheat or if this is a big miscommunication. Lindsay’s friend said that she saw Kyle makeout with another woman at a club months ago, but it’s possible that this was the same night Kyle cheated on Amanda and woke up with a woman in his bed. Hopefully that is the case and there isn't more cheating drama to go around because that’s the last thing Amanda needs right now.

Earlier this season, Kyle admitted to cheating on Amanda and the couple had a tough time moving forward. They did manage to get past it, however, but not without Amanda assuring him that he had no more chances in their relationship. That’s fair enough and honestly, she was a saint for having the maturity to forgive Kyle for cheating on her in the first place. So if he really did cheat again, according to Amanda, they wouldn't be together today.

Flashforward to now, well after filming for Season 3 has ended, and Kyle and Amanda seem to be stronger than ever. They are featured heavily on each other’s Instagram accounts and they seem like they are still a couple. So either Kyle really did cheat and Amanda chose to forgive him again or this is a big misunderstanding. The optimist in me wants to believe that Lindsay just has her facts wrong and that Kyle can (truthfully) clear this up before it gets out of hand. And let’s just hope that Lindsay isn't targeted once again for simply telling others what someone else told her.

When Amanda found out about Kyle’s first bout of cheating earlier this season, he promised her that he wanted nothing more than to move forward with her. "You mean so much to me, I don't ever want to put you through what I put you through," he told her in an episode. "I'm 110% in this. We're in this together."

Later, Kyle appeared on Watch What Happens Live and told a caller that he and Amanda grew stronger together because of the cheating scandal. "Honestly, it's gonna sound cliché, we went through a lot together, and I've always been 99% sure," he said. "But when you go through some of those massive hurdles and speed bumps and you keep it together as a couple, you're like, 'Holy crap, life is difficult and she's the one I want to be with.'"

Right now, Kyle and Amanda are engaged and together outside of Summer House, so hopefully there isn't another cheating incident on the horizon to shake things up for them.