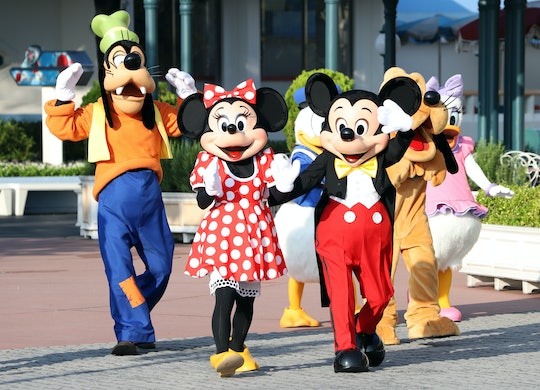 Anyone planning a holiday to the happiest place on earth will be interested to know that Walt Disney World and Disneyland have increased prices on some tickets. As such, families may have to stretch their budgets now that one-day passes, for instance, will cost just over $200 for the first time ever.

As parents around the country start to think about how to spend spring break with their kids, The Los Angeles Times reported that a new five-tier price plan will see Disneyland's admission prices go up the most on days where there will likely be higher demand. As much as 5% more on hopper passes, which allow guests to move freely between theme parks — Disneyland and Disney California Adventure — on Saturdays and Sundays. For people who want the flexibility to visit both Anaheim, California theme parks, this has risen to $159 on low-demand days and $209 on high-demand days, marking the first time Disneyland has charged more than $200 for a ticket ever.

Only one tier of pricing remained the same: one-day passes to either Disneyland or California Adventure Parks on low-demand days, like Tuesdays and Wednesdays in March, will continue to sell for $104 per ticket. On peak days, the same ticket will cost $154, which is up from $149.

As for Walt Disney World, USA Today reported that the theme park near Orlando, Florida has also increased its admission prices. Disney World's one-day prices remained the same at $109, but its annual passes for non-Florida residents went from $1,219 to $1,295, while its gold and silver each increased by $20.

Pricey, of course, but perhaps it's worth it. While Romper's request for comment on the ticket price increases was not immediately returned, Disneyland spokesperson Liz Jaeger told The Los Angeles Times in a statement: "A visit to our parks is the best value in entertainment bar none, and we offer flexible choices to enable families to choose what’s best for them."

While the price increases have some Disney fans a little frustrated, the theme park has added some pretty exciting features recently. The addition of Star Wars' Galaxy's Edge: Star Wars Land in 2019, for instance, offers guests more rides and more characters to mingle with, and California Adventure is expected to open Marvel Land in June 2021, according to The LAist. This new area will give little ones the chance to meet superheroes like the Avengers, Spider-Man, as well as a new campus called Avengers Headquarters.

One bit of good news? The parking is still the same — $25 for the day.

Editor's Note: This article's headline has been updated.