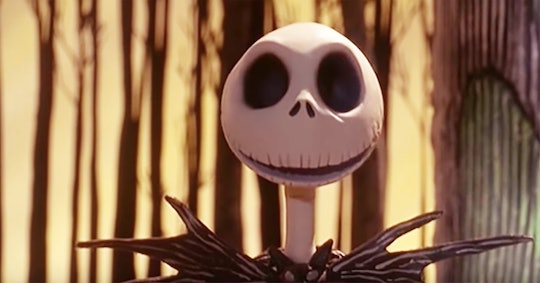 Some people like to spend their Halloween being Stephen King's It-level terrified. And I'm not one of those people, instead preferring what I've come to think of as Disney-level scared, vaguely ghoulish but with a wink and a smile. A good example of what I'm talking about? Around Halloween one year, I took my kids to Disneyland, where everything was decorated with Jack-o-Lanterns, cobwebs, and spooky music. If you're in the market for a similar vibe, you might want to check out Disneyland's 2019 Halloween party, an event that pays homage to The Nightmare Before Christmas.

This year Disneyland's Halloween party in Anaheim, California will be held at the California Adventure Park, and it will be called the Oogie Boogie Bash. That's right, drink it in folks. It sounds Disneyland is gearing up for its most Spooktacular night yet.

The Oogie Boogie Bash is a separately ticketed event that will take place between Sept. 17 and Oct. 31, according to Disney Parks Blog. And guests who partake in the festive celebration can expect to hang out with "Oogie Boogie and his band of baddies at a new howliday spellabration," according to Disneyland's website. Translation: Every age group, including little kids in costumes and parents, will have a great time. You can't go wrong with a "spellbration," right?

To catch you up to speed on the whole Oogie Boogie thing, Oogie Boogie is the main villain who antagonizes Jack Skellington in the Disney classic, The Nightmare Before Christmas, which was directed by Tim Burton. He will be joined by other Disney villains (hopefully, my favorite Maleficent will be there) to cause mayhem after-hours when things get a little dark and scary. As Disneyland's website notes:

Our wonderfully wicked 'monster of scare-e-monies' has rallied his pals for a Halloween spooktacular unlike any other, including access to some otherworldly attractions and new entertainment experiences (as well as a few old favorites) sure to wake the dread.

Yes, they are really hitting those puns hard this year.

As for the evening's lineup of events, one includes a new version of the Redwood Creek Challenge Trail, where the forest will be transformed into a beautiful and haunted grove of trees, lights, and shadows.

Another option? Kids and adults can go trick-or-treating at candy cauldrons throughout the park at different treat stations along scary themed paths, or you can attend a dance party featuring songs from the Descendants movie with the Isle of the Lost dance crew. Tickets range between $110 to $140 per person depending on which of the 20 nights you go, according to The Orange County Register.

If you're in the market for something edgier, Universal Studios Hollywood Halloween Horror Nights offers terrifying thrills for adrenaline junkies and people who aren't afraid to get spooked. So, if you're one of those people who want to be surrounded by zombies, vampires, and haunted houses where the cute ghosts don't have a theme song, definitely check that out.

But if you're looking for a fun way to ring in the scary season with your family minus the nightmares, Disney's Oogie Boogie Bash is the perfect option for you.