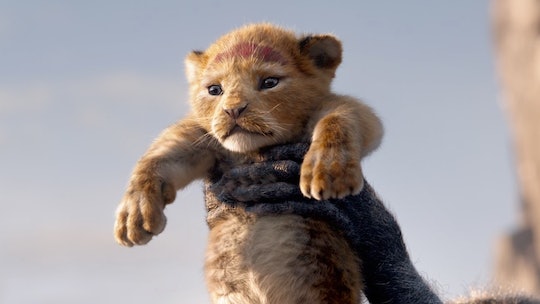 A Brand New 'Lion King' Movie Is In The Works & This Time, Mufasa Gets The Spotlight

After the live-action version of the 1994 Disney classic became a massive success last summer, it should come as no surprise that a Lion King follow-up film is officially in the works. But it's not your traditional reboot or sequel — this time around, Disney fans can expect a little origin story.

Walt Disney Studios is currently developing a follow-up to 2019's The Lion King with Oscar-winning director of Moonlight Barry Jenkins, as Deadline reported. The new version is expected to use the same photo-realistic technology that was employed in the most recent rendition of the film, which starred the voice talents of Donald Glover as Simba, James Earl Jones as his father Mufasa, and none other than Beyoncé as Nala. The remake of The Lion King was directed by Jon Favreau and grossed more than $1.65 billion worldwide, according to The Hollywood Reporter.

On Twitter, Jenkins confirmed the exciting news by sharing an article reporting the follow-up film and writing "This. Yes. THIS."

No release date has been set, but Deadline reported that Jenkins' version of The Lion King will be a prequel looking at the origin story of Simba's father Mufasa, meaning we could see him meet his lioness wife Sarabi (voiced by the incomparable Alfre Woodward in 2019) and get into some drama with his brother Scar (voiced by Chiwetel Ejiofor) before Simba comes along to bring out the Shakespearean MacBeth element of the story.

Whether or not the same actors will come back to voice the characters has not been announced, nor has the potential musical score been addressed. We can only hope Beyoncé comes back for another Lion King soundtrack. But if this is a prequel focused on Mufasa's storyline, her character might not be a part of the film.

Jenkins explained to Deadline that he excited to be a part of this story because he "grew up with" The Lion King. "Helping my sister raise two young boys during the ’90s, I grew up with these characters," Jenkins told the news outlet. "Having the opportunity to work with Disney on expanding this magnificent tale of friendship, love and legacy while furthering my work chronicling the lives and souls of folk within the African diaspora is a dream come true."

Disney's upcoming follow-up to Lion King will be the first time fans of the series could see Mufasa as a young lion. But until that day comes, those who want to take a trip down memory can stream all of the Lion King movies on Disney+.