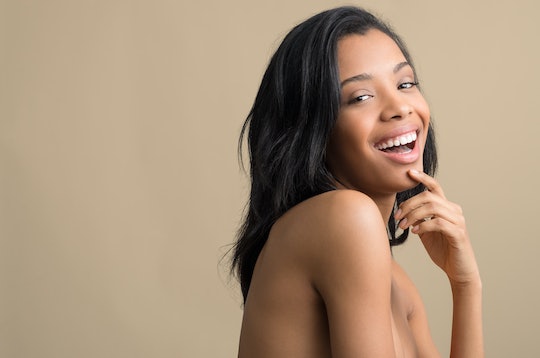 Do Orgasms Get Stronger During Pregnancy? 13 Ways Sex Gets Better (And Worse) When You're Pregnant

I was totally unprepared for pregnancy, and so I stocked up on prenatal books, met with an OB, and signed up for weekly email updates that tracked my fetus’ size via fruit analogies. I assumed I knew what to expect. But despite all my research, there was one aspect of pregnancy that managed to shock me — sex. I thought I’d be too tired to get down, or morning sickness would put a damper on my libido. Instead I found myself asking questions like, “Is it normal to feel sexy as hell during the second trimester?” and, “Do orgasms get stronger during pregnancy?”

Turns out, not every pregnant woman has that experience. Pregnancy can be filled with fantastic f*cks, or be a nine-month dry spell — it all depends on how your hormones behave. Some women will have an abundance of oxytocin, which can increase a woman’s need for intimacy, according to Live Science. Others may be busy fighting off fatigue and body image issues that they can’t get in the mood. Both situations are equally understandable and normal. But if you’re feeling extra frisky throughout those nine months, then you might want to prepare yourself, because sex is very different when you’re rocking a baby bump. As you prep for the things to expect when you’re expecting, here are 13 ways sex gets better (and yes, worse) during pregnancy.