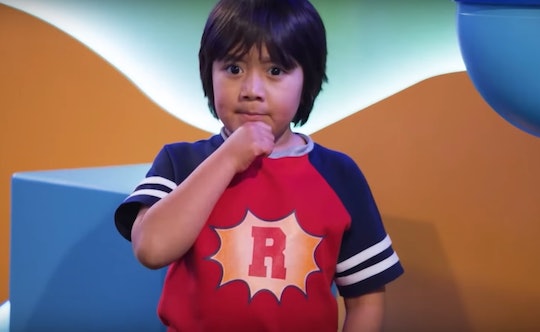 If your kids are like mine and they prefer YouTube videos to cartoons on TV, then they probably know all about Ryan’s Mystery Playdate on Nick Jr. The show began as a YouTube channel called Ryan ToysReview and skyrocketed into an entire franchise of toys, games, and characters. And now that it’s more mainstream, chances are, more kids than ever are being exposed to Ryan Kaji and his parents, who play together with toys and in little skits similar to those of his YouTube channel. But do parents like Ryan’s Mystery Playdate?

On the one hand, if the show isn't doing any harm as entertainment for kids, it’s not the worst thing my son could be watching. However, there is only so much excited shouting, loud sound effects, and awful catchy songs a parent can take before Ryan’s Mystery Playdate gets banned from the house.

It’s a step up from YouTube in that it’s an actual TV show your kids can watch when its on rather than play YouTube episodes on a never ending loop. But the sometimes nonsensical nature of the show and the fact that Ryan often has only his parents to play with doesn't sit well with some other parents on Twitter.

In 2017, the studio Pocket.watch signed a deal with Ryan ToysReview, which was still a strictly YouTube show at the time, and the goal was to recreate a Nick Jr. show in a similar style of the YouTube channel that had already gained so much success on its own. Each week, Ryan meets someone new on Ryan’s Mystery Playdate and in between learning about what they can do, he and his parents play in unscripted skits and he interacts with the characters Gus the Gummy Gator and Combo Panda.

If your kid has ever begged you for a mystery Ryan toy at the store, you probably have at least one stuffed Gus or Combo Panda floating around your house somewhere. Or, if you’re like me, you have several, along with Ryan figurines that feature the young star as a variety of different characters. Because along with the success of the Nick Jr. show came an entire line of Ryan’s Mystery Playdate toys for kids to go wild over.

One of the highlights of the show and of Ryan ToysReview is the un-boxing of mystery toys. It makes sense, then, for the series to produce toys of a similar style, including a gigantic mystery egg filled with surprises. I’m not sure what the egg has to do with Ryan’s Mystery Playdate, but here we are.

As with most things kids watch on repeat until the songs and characters’ voices are ingrained in your memory, Ryan’s Mystery Playdate strikes a negative chord with plenty of parents. They are either over seeing and hearing Ryan and his parents in their living room every single day or they don't quite understand the value in their toddlers watching Ryan’s Mystery Playdate.

While some episodes might shed light on interesting careers kids should know about, with guests like a firefighter and a WNBA player, most of the show is broken up into improvised sketches not unlike those of the YouTube channel that started it all.

This is either a case of parents just not understanding kids and what they like or parents seeing a show for what it really is — a nonsensical variety half hour disguised as a preschool series for toddlers. Either way, parents and kids are definitely going to be at a never ending war over it.