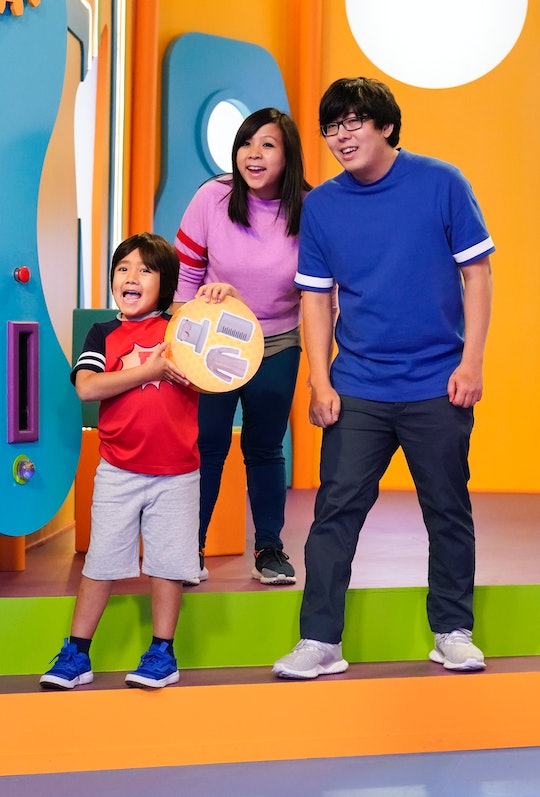 Before we go any further, I would just like to acknowledge that I realize it is patently unhealthy to be envious of a 7-year-old child and therefore I won't do it. That being said, there's a small child in the world who is more successful than all of us and it seems he is about to get even more successful. And that's totally fine. Especially since I have a feeling he keeps kids entertained and distracted for giant swathes of time. So instead of being jealous, let's all celebrate Nickelodeon's preschool series Ryan's Mystery Playdate starring that Ryan from Youtube's Ryan's Toy Review. Because you know your kid is going to really love it.

For any of you who might not know about Ryan's Toy Reviews on YouTube, it's essentially one of the most-watched YouTube channels around, according to The Verge. In 2018, Ryan, whose parents have chosen not to reveal his last name for privacy reasons, was named the top earner on YouTube by Forbes.

How does he do this? Well, he entertains his 18.8 million subscribers by opening toys and playing with them. Ryan has been hosting unboxing videos on YouTube since 2015, and now it looks like he's ready to do some branching out.

Nick Jr. is launching the new series Ryan's Mystery Playdate on April 19 at 12:30 ET/PT and a follow-up episode on April 20 at the same time. The new 20-episode series will follow Ryan as he tries to solve different imaginative challenges and puzzles to figure out who his mystery play date might be. Ryan's Mystery Playdate was created and produced by pocket.watch, a studio focused on YouTube stars transitioning over to television.

"Ryan, his parents, and animated friends Gus the Gummy Gator and Combo Panda, work together to complete unique challenges and unlock mystery boxes that contain hints to help him discover who his mystery playdate is," Nickelodeon said in a press release. "The series encourages physical play, models positive family relationships and features a creative problem-solving curriculum."

Ryan's challenges should be super popular with kids if the description of the first episode is anything to go by. Among other things, Ryan has to stack pancakes, catch frogs, and deflate a bunch of whoopee cushions to discover who his playdate is going to be.

Parents might find the show entertaining as well, especially since every episode (which is expected to run in a regular time slot of 12:30 ET/PT on Fridays on Nick Jr. after the premiere) will include a mystery word they can enter on RyansMysterySweepstakes.com for the chance to win their child a playdate with Ryan.

This new show is yet another part of the massive expansion of Ryan's world, according to The Toy Box, with more Ryan-approved products becoming available all the time. Things like Halloween costumes, toys, sleepwear, back packs, lunch kits... the list goes on and on.

All of this is great news for kids who love to see another kid having a great time, not to mention parents who will be happy to know their kids are watching something that is going to be educational and fun. It's a win/win.