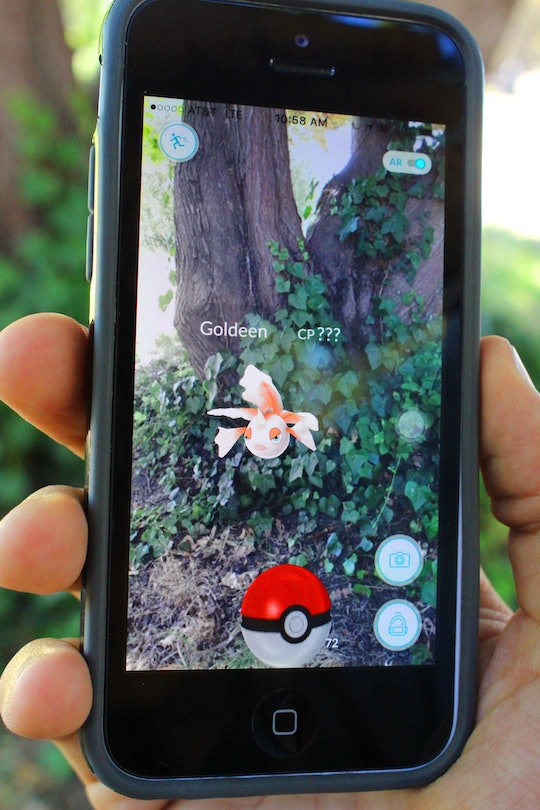 Do You Have To Understand Pokemon To Play Pokemon Go? It's Not Required

I thought my Pikachu days were behind me. I thought having sons who are all over six feet, who not only slept through the night but large chunks of the day as well, signaled the end of all things Pokemon. Alas, no. I am yet again caught adrift in a world I don't understand, politely nodding enthusiastically at words like, "Squirtle", "Mew", and "Charmander". So do you have to understand Pokemon to play Pokemon Go? We're all about to find out, I think.

First of all, let's go through a little Pokemon Go debriefing. Pokemon Go is a new, free download available for android and iOS, and it's basically taking over the world. In a nutshell, the original cartoon Pokemon (created by Satoshi Tajiri in 1995) followed the adventures of trainer Ash Ketchum and his crew as they travelled the globe looking for Pokemon (pocket monsters) to battle each other. There was also a wildly popular series of Pokemon video games and even Pokedecks, a trading card game that basically every teacher from the '90s probably had nightmares about. This new app, Pokemon Go, is a realization of the aching fantasy of all those '90s kids (now aged 15-30) out there who desperately wanted their own Pokemon to train but were thwarted by the unfair reality that Pokemon do not, in fact, exist.

So how do you join in if you don't know anything about the world of Pokémon? The concept is actually pretty simple. The Pokemon Go app uses your phone's GPS to held figure out where you are and find the Pokemon that are secretly existing around you (they'll show up on your phone, not jumping out from behind trees or something). Then you have to "catch 'em all" like a bona fide Pokemon trainer. Certain Pokemon are worth more than others, and your phone will track your points. The more you catch, the higher you go in levels.

You can seek out Pokemon "gyms" and battle other trainers in this augmented reality game (when the real world and fantasy converge). If you're really successful in the Pokemon Go gym, you can become a gym leader. You can create groups, adding members and meeting them in the real world to search out Pokemon together.

Do you have to understand Pokemon to play Pokemon Go? Probably not. I mean, it would certainly help you out if you had watched the cartoon, of course, but mostly if you understand walking and looking at your phone you can probably play along. And you never know, you might meet some interesting people on your travels, right?

Because there are some very definite benefits to playing Pokemon Go. My son Nathan voluntarily joined me on an 8 mile hike over hills today in the sweltering heat. Was it my sparkling wit that got him off the couch? Don't be silly. It was Pokemon Go.

Yes, he talked to me about the game the entire time and twice I had to save him from being hit by a car... but he was outside. Life is good.