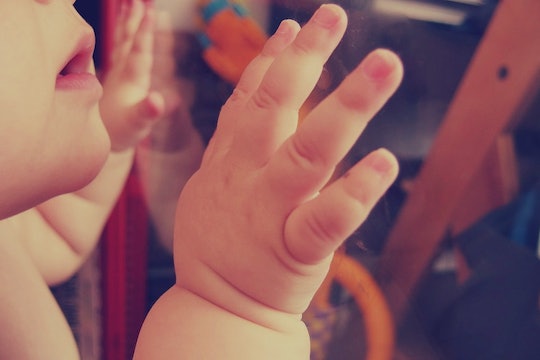 Doctors Might Be Able To Predict Autism By Age 1

Autism research has proven to be a tricky field. As doctors continue to look into reading symptoms that are characteristic of the disorder, they are trying to predict which children are more likely to have autism at younger ages. A recent breakthrough by researchers at the Carolina Institute for Developmental Disabilities (CIDD) at the University of North Carolina could mean that doctors might be able to predict autism before age one.

The field has struggled to predict autism earlier and earlier. We’ve kind of reached a wall around 2 years of age. Prior to that, behavioral markers just don’t seem to help in detecting kids that end up with autism.

In this most recent study, researchers across the country used an MRI to scan the brains of 6-month-old babies, 1-year-old babies, and then once more when the babies turned 2. The study, which was published in the periodical Nature on Wednesday, looked at 106 babies with older siblings who have autism (the likelihood of having autism spectrum disorder rises to around one in five with an older sibling with ASD, while generally the odds look more like one in 100). The study also included 40 babies who did not have an older sibling on the spectrum, for comparison purposes.

The results of the MRI indicated that the brain differences between the ages of 6 months to 1 year were successful in predicting whether the child in question met the criteria for autism 80 percent of the time, according to the study report, published by the National Institutes of Health. Researchers found that the brain surface growth of the children who fit the autism criteria was rapid, far more so than in the other children. This brain surface "overgrowth" has been associated with regressed social skills that often crop up in the second year for children with autism. These can include difficulty with playing make believe and delayed speech.

We view this is, particularly in this high-familial risk sample, as a very real possibility of pre-symptomatic detection. So, detecting autism before it really appears. Before the consolidation of symptoms and brain deficits and at a time when the brain is most malleable, giving us the greatest chance of having an impact with early intervention.

The study also pointed towards a possible intervention in what Dr. Piven called the "developmental sequence," according to Nature. "It raises the possibility that we could sort of disrupt that sequence early on.”

Previously, researchers were only able to identify behavioral changes that met the autistic criteria at age 2. The earlier doctors can detect autism, the better. Families dealing with autism need access to resources, and this study could be the first step in getting them those resources far sooner than ever before.