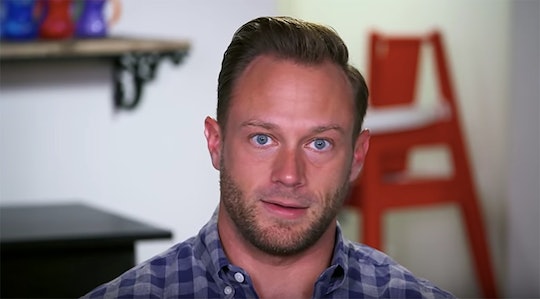 It's no secret OutDaughtered stars Adam Busby and Danielle Busby have a lot of expenses given they're raising six kids. And although the two earn a lot of their income from reality TV, some fans have questions about whether Adam Busby works to help cover the costs of raising a large family. As it turns out, Adam wears many different professional hats.

In addition to sharing parenting duties with Danielle (the two are parents to 4-year-old quintuplets Ava, Olivia, Hazel, Riley, Parker and 8-year-old Blayke) Adam does hold down a full-time job. So, what does Adam do? Well, he served as a Key Account Manager for Intrinsic Solutions/Sprint Safety in Houston, Texas a position he held for 12 years before leaving the company in July 2018, according to his personal LinkedIn page.

Of course, I got to give Adam props for working a full-time job while fathering a small army, even if it's an adorable one.

But wait —that's not the only money maker for this graduate of Sam Houston High School in San Antonio, Texas. Ever the health conscious couple, Adam and Danielle opened a fitness studio, along with some partners, as an investment.

The duo's business venture makes perfect sense considering these guys are going to need the big bucks for college tuition and six weddings (I'm getting a headache just thinking about it).

In terms of finances, it sounds like Adam and Danielle have everything all figured out. A big piece of their secure financial situation comes from TLC, with the two possibly making $25,000 to $40,000 per episode, according to Good Housekeeping. And it doesn't look like the reality TV train will pull into the station anytime soon because the series just wrapped an action-packed fourth season.

Adam and Danielle have side businesses from the show, with the couple running an "Amazon shop called It’s a Buzz World and online clothing store Buzz World," according to Yahoo.

The dad-of-six also runs Adam Busby Media, a venture I assume is somehow related to his sweet kiddos.

Speaking of the quints, Adam is very active on YouTube, regularly sharing updates about the girls' lives. But did he quit his full-time for YouTube? The answer is no. "It gives me a little more time to do YouTube, but I didn’t quit my job for YouTube," he tweeted in October 2018. "YouTube is only a small thing that i do."

Money isn't everything, of course, but it does play a big role in Adam's life. After all, who can forget the hilarious episode in Season 2 in which Adam and Danielle sat down with a financial planner? With everyone practically choking, it was revealed that it will cost $2 million to send the Busby kids to college, according to Inquisitr.

On that note, hats off to Adam and Danielle for working so hard to provide for their gaggle of six kids. They deserve all of the success that comes their way, no matter what job they're working.