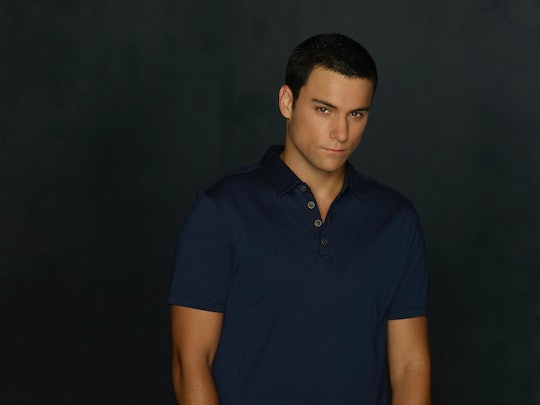 The fate of nearly every character on How to Get Away With Murder has been revealed in the Season 4 flash forwards — all except for one. The fact that no one knows what happened to Connor is making fans increasingly worried. In "Nobody Roots for Goliath," viewers saw that someone was on the operating table in critical condition. But does Connor die on HTGAWM?

In the flash forward at the end of the episode, it was impossible to tell who was under the knife on the operating table. The sequence cut between things the viewers have seen before — Oliver looking shellshocked at Caplan & Gold, Laurel screaming for her baby, Michaela asking if an unknown "he" was dead — and doctors furiously working as a patient began to flatline. There wasn't a single solitary glimpse of the person under the sheet, but that's the very reason fans are so worried that it could be Connor. Everyone else has been found and accounted for in the future timeline except for him. It's definitely suspicious.

The show appears to be playing with those expectations as well. The episode cut from a tense conversation between Connor and Oliver to the flatlining patient, and it would be easy to read a connection into the editing. The flash forwards often seem to refer to the person who was featured in the scene right beforehand, though that's not a hard and fast rule.

There are other signs that the person might be Connor, like Oliver's dazed expression as he looked at the blood splatter in the law office and Michaela's disheveled appearance at the hospital. But let's be real: if Connor was the one potentially dying in the hospital, Oliver would be right there waiting to see the results of the surgery. If for some reason he couldn't be present, possibly because he was still being questioned by police, then he would be a wreck. He looked shocked, but much too composed for someone whose boyfriend's life was in danger.

And even if it is Connor on the table, that doesn't mean he's going to die. Though the person being operated on didn't seem to be doing so well, the audience only saw a few seconds of the surgery. Connor (or whoever it was) could definitely survive, so this might be a lot of worry for nothing. HTGAWM does like to make its audience tense and then subvert their expectations, and that could be what's happening here. In fact, the show has even used Connor as a red herring before in this exact same situation.

Connor has always been well-liked by the audience, so putting him in danger is a good way to get the viewers biting their nails. It ramps up the tension before allowing the show to pull a bait and switch that reveals Connor is fine after all. In Season 3, everyone was so worried that Connor would be the one under the sheet because it was taking so long for the show to explain where he was the night of the fire, but he wasn't in any real danger at all. HTGAWM could be pulling the same trick now.

Then again, one has to wonder if the show would really do the same thing twice in a row. Fans are primed to expect the subversion by now, so it wouldn't have quite the same effect it did the first time. That raises the odds of something bad happening to Connor (and if it doesn't happen at Caplan & Gold, then Oliver might not even know about it yet) but that still doesn't mean he's going to die. Connor may not be out of the woods entirely yet, but he's also not a goner at the moment. He could still come out of this okay.