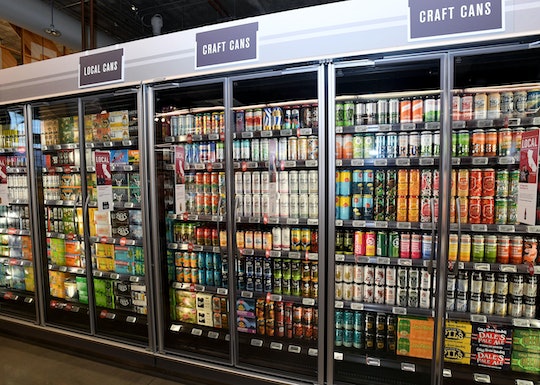 There are a lot of misconceptions about breastfeeding and alcohol. Some moms feel like they have to pump and dump after one beer, and some think they can't enjoy their favorite brew at all. But one myth about drinking beer and your milk supply seems to hang around no matter how much information is out there. So does drinking beer help breast milk production or is it an old wives' tale that needs to make its way out of the rotation?

Well, according to research, one theory is that the combination of alcohol and the ingredients in the beer could relax a mother and help stimulate milk production. If you're feeling stressed, especially about your milk supply, it makes sense that a beer could help.

But Baby Center noted that another theory behind drinking beer to help your milk production actually has nothing to do with the alcohol. The barley used to make beer contains a polysaccharide which seems to stimulate prolactin, the hormone that produces breast milk. In fact, a non-alcoholic beer can actually give you those same supposed benefits without the alcohol working against you.

The good news is, even though a beer may not increase your milk production, it doesn't mean you have to stay away from it while breastfeeding. According to La Leche League International, as the alcohol leaves your bloodstream, it leaves your breast milk, too. Pumping and dumping won't help — once you're sober, you're fine to breastfeed. Feel free to have a beer or two, just don't expect to pump extra ounces because of it.