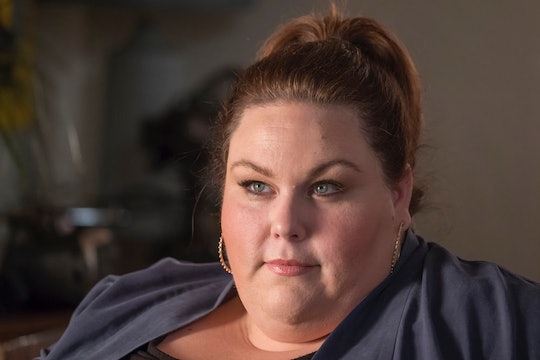 Deciding to adopt a dog is a big deal and shouldn’t be taken lightly, especially since it’s probably the worst thing in the world to actually take a dog back to the shelter after bringing them home. When Kate struggled with adopting a dog on This Is Us, she was clearly conflicted about it, and even though there’s plenty of reasons the storyline was introduced, you have to wonder, does Jack die saving Kate’s dog on This Is Us?

This series has given fans most of the details surrounding the fire that may have resulted in Jack’s death and the big "Super Bowl Sunday" episode looks like it’s finally going to give us all what we’ve been waiting for over the past two seasons. Because as much as Jack is the most beloved member of the Pearson family, the mystery of his death has been looming over the show since the fifth episode of Season 1.

But the theory about Jack dying while saving Kate’s dog has been floating around for a while now, though I’m not quite sure where it originated. There’s been so much emphasis put on this particular topic you can't help but wonder if the writers are trying to tell us something with it. We've been told that dogs are a sensitive subject for Kate. We've also seen her relationship grow with the stray dog the family adopted into their home when she was a teenager. And, of course, there's always the fact that she claims Jack’s death was somehow her fault. So when you put all of these elements together, the dog theory could have some merit to it.

Even if Jack did die saving Kate’s dog, that obviously doesn't make his death her fault by any means. But when she says that she’s the reason he died, she could very well be referring to this potential incident during the house fire. "I would say it’s all pretty accurate and really devastating to her," Milo Ventimiglia told Entertainment Weekly of Kate’s guilt over Jack’s death. "It’s something she still hangs onto. It took her a long time to be able to talk about her father, and she’s still not giving Toby everything she feels about Jack’s passing. She’s had to battle her demons, and a lot of that stuff is going to come to the front of her story line."

Ventimiglia also said that when Jack's death is finally shown on This Is Us, "you may get some hope — and then it's all going to go away," so does that mean there’s hope in that Jack gets out of the house with the rest of the family, but then runs back in to save Kate’s dog and dies anyway? Either way, it’s safe to say that it’s going to be difficult to watch, even if you’re on a high from your favorite team winning the Super Bowl before the episode airs.

In the promo for "Super Bowl Sunday," there are just a few fleeting scenes of the actual house fire. But in one of them, Jack has made it to Kate’s room and is about to help her get out, so could that be the moment when she panics while looking around for the family dog and Jack is forced to hang back to find him?

Unfortunately, creator Dan Fogelman was pretty vague about Kate when he recently spoke to Variety regarding the episode that will answer all of our questions but also break all of our hearts in the process. "We know that somehow the dog from her past is involved in something with regards to something, based on the way she’s behaving," he said cryptically. Although fans have already pretty much deciphered that themselves, the way he was so careful with his words does make it seem like Jack’s death and Kate’s issues with dogs could correlate in a way that supports the theory.

There is, of course, the chance that Kate’s baggage with dogs and her unsupported claims that Jack’s death was her fault have nothing to do with each other. She might have a hard time getting close to dogs as an adult because the dog she had as a teenager was all she had left from the fire. Since there are arguably dozens of theories about Jack’s death on This Is Us, they can't all be right, and although I fully expect Jack’s death to be one of the most heartbreaking scenes of the series so far, let’s not forget that there’s still plenty to learn about that night and the general timeline.