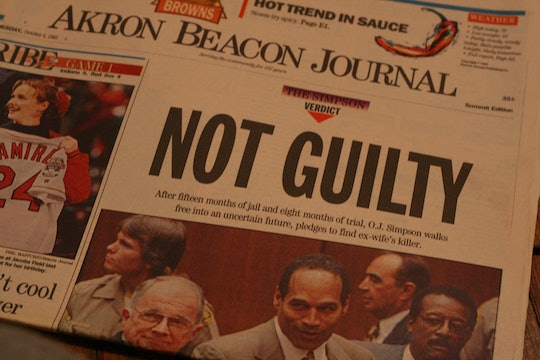 Simpson's first wife is named Marguerite Whitley. A.C. Cowlings, Simpson's childhood friend, former teammate, and now infamous getaway car driver was the man who first brought Whitley and Simpson together. Cowlings and Whitley dated in high school when all three were growing up in San Francisco. According to The New York Times, Cowlings asked Simpson to talk to Whitley when the two were having some trouble. It wasn't long after that Simpson and Whitley began dating. While this initially angered Cowlings, their friendship prevailed.

Whitley and Simpson were married June 24, 1967, in their hometown, San Francisco, when she was 18 and he was 19. When Simpson began to gain celebrity, their marriage began to falter, and they eventually divorced in 1979. Records from their divorce show, though, that they had a series of temporary separations beginning as early as 1970. Once, in 1973, Whitley asked her lawyer to begin the divorce process, but that was called off soon after. Two years before their divorce was finalized, Simpson met Nicole Brown while she was working as a waitress. Whitley and Simpson had three children before they separated, but one of them, the youngest, drowned accidentally in a pool the year they divorced.

After Simpson was accused of murdering his then ex-wife, investigators looked into his past relationship with Whitley to see if there had been any history of violence. In 1994, The New York Times reported that Simpson was never accused of being violent toward Whitley, though he once accused her of physically threatening him during their divorce proceedings. From the time of the trial to the present, Whitley has refused to address the media, sit for interviews, and even be seen at major events. Romper reached out to Simpson's legal team for comment regarding allegations that he abused Brown Simpson during their relationship and allegations that he may have been involved in her murder.

Clearly, Whitley wished to keep her distance from Simpson following the divorce and, subsequently, the murder case years later. To this day, it is unknown what Whitley thinks of Simpson's verdict of innocence for the murders of Brown Simpson and her friend, Ronald Goldman. She has never said whether she thinks he is guilty or not, nor has she spoken about their life together, and there's probably a good reason for that.