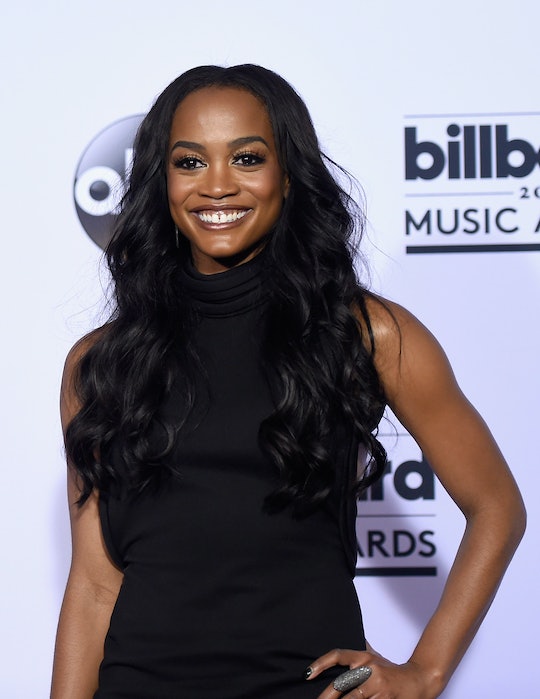 Here's What Goes Down During Rachel's Fantasy Suite Dates

Every season of The Bachelorette and The Bachelor ends with an episode centered around the Fantasy Suite. It's never shown, but it's pretty much implied that the star, in this case Rachel Lindsay, has sex with her final choices. So does Rachel have sex in the Fantasy Suite with her final three choices? The correct answer to that question is that it's not really anyone's business.

According to some spoiler sites, Rachel will be taking Peter, Bryan, and Eric to Spain for the final nights and rumor has it that she offers all of them a key to the room. (Sometimes, people send someone home before offering the overnight stay.) But trying to figure out if they all sleep together, or worse, judging anyone for spending the night, is the one Bachelor Nation tradition that fans should drop.

Because at the end of the day, this is a show about dating and in real life, people make their own informed choices about who they want to sleep with. So why should The Bachelorette be any different?

Rachel seems like a pretty sex positive person. She and Nick Viall were intimate with each other during his season and she did get an invite to the Fantasy Suite, though again, we don't know what went on.

Throughout this season, Rachel has not been shy about kissing and cuddling her options. In fact, earlier in the season, exactly who and when she kissed certain men was a source of contention for some of the cast members.

When it comes to the Fantasy Suite, when I was on Nick [Viall]‘s season, I said I wasn’t going to do it. One, because I didn’t think I’d make it that far — but by the time I got there, my feelings for Nick were strong. I was falling in love with him. For me, that private time was really important to see if what we had was the same on camera as it was off.

She added that she plans on doing the same thing this time around, too. "So if I move forward with it, it’ll be the person that I want to see if they are the same off camera —who I want that extended time and more conversation with.”

It seems like sex or a physical connection are important to her, as it is to a lot of people. Whether she decides she wants to sleep with one, some, or all of the men that have made it to the final round, that's totally her right. As long as she's happy and having fun with it.