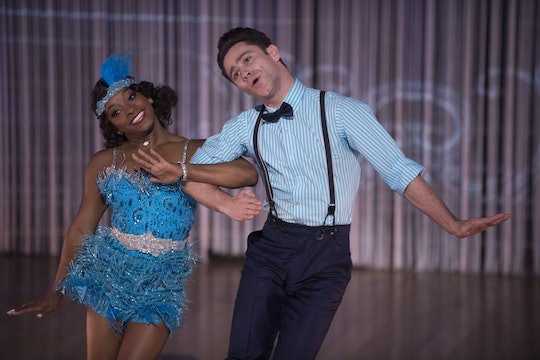 Simone Biles Has Found 'DWTS' To Be Challenging

Despite the number of already experienced dancers and the athletes in general competing this season on Dancing With the Stars, the competition has been stiff. And Simone Biles, the 2016 Summer Olympics gold medalist, is among the athletes, but that doesn’t mean this season has been easy for her. Still, does Simone Biles have dance experience? DWTS has been a totally new challenge for the gymnast, even if she’s been an athlete for most of her life.

The 20-year-old contestant began trying out gymnastics routines, like backflips off her family’s mailbox, before she’d even taken a formal gymnastics class, so the sport was always in her blood. But as far as actual dancing goes, Biles’ experience is slim to none in that department. She may have taken home four gold medals and one bronze at the 2016 Summer Olympics in Rio de Janeiro, but Biles is not a trained dancer, so the whole DWTS experience has been new to her. However, she’s still an athlete through and through.

Luckily, she’s been able to tie in some of her gymnast moves, like different flip variations and splits, making her fierce competition with pro partner Sasha Farber, but as far as solid dance experience in any traditional sense, Biles is still new to the game.

Even though Biles doesn't have much of a dancing background, she’s no stranger to moving in time with music. According to Variety, Biles’ different floor tumbling routines are set to music during training, meaning that while she doesn’t have much experience with learning choreographed routines, she does have some practice moving in time to music.

Before the first episode of DWTS this season, Biles wrote a blog entry for People magazine about her experience so far and how difficult it had been to learn to not only dance, but to train her facial emotions to be as expressive as possible. "I’m used to gymnastics where you’re either stone-faced or smiling from ear to ear the entire routine," she wrote. "Now, I’m having to tap into emotions that I really am not comfortable with. But we’ve been working on it."

With Biles’ most recent scores totaling 37/40 and judge Carrie Ann Inaba telling her that this time around, "there was a lot more expression" and "it’s just a joy to watch you," she’s obviously come far despite having no formal training. Still, as Biles said on last week's episode, it’s been a struggle to "be sexy for America," but her routines with Farber have proven that the sexiness comes out when it needs to thanks to her rigorous training and all-around work ethic when it comes to athleticism.

And honestly, that Mirror Ball trophy is getting closer and closer for her.