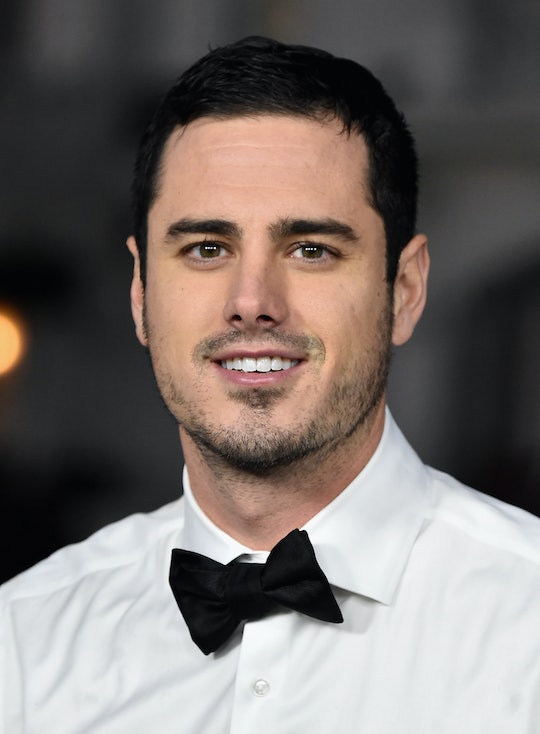 Does 'The Bachelor' Usually Call The Woman's Dad Before Getting Engaged? Ben Called Lauren B.'s Father

Ben Higgins already defied Bachelor protocol this season by telling two women he loves them, but he didn't stop there. After his gut wrenching rejection of JoJo during the season finale, Ben picked up the phone and called for permission to propose marriage. It was a very traditional move. But does the Bachelor usually call the dad before getting engaged? Tonight, before he proposed to Lauren Bushnell, shocking just some Bachelor fans, Mr. Boy Next Door Higgins called Lauren's dad. And everyone watching simultaneously forgot about all of his flaws and their progressive notions of gender equality because, well, he called her dad. It is kind of the sweetest thing a guy like Ben Higgins could do, if you're into that sort of thing. The sweetest thing besides, you know, probably sleeping with three women in a Fantasy Suite and pretending to love two of them. But let's not digress. The thing is, not every Bachelor star calls the father before proposing on television. That's a strictly Ben Higgins thing to do.

Bachelor viewers, like myself, are often hopeless romantics. And like hopeless romantics, the fact that Ben played into some gender normative proposal thing by calling Lauren's dad to ask for her "hand" in marriage is just too much to handle along with your Monday night takeout. One viewer summed up most of Bachelor Nation's emotions by tweeting, "Just when I thought I hated Ben he goes and asks Lauren's dad for permission this a roller coaster of emotion."

Others could also not contain their caps lock:

No other Bachelor has called the woman's father (or asked any close loved one) for his permission to propose to her. It's just the same amount of cringeworthy and fun to see this kind of Disney-like chivalry happen in real time. Just like watching a Disney princess movie as a grown up with your kids. You know better, but the denouement is still so fun.

It does make sense that Higgins would feel the need to ask Lauren's dad. His ideas of marriage are old school (despite going on national television to do it) all around. He spent an entire segment telling JoJo that he was probably going to propose to Lauren instead and hoping she would understand. If only we could get JoJo's tweets in caps lock after that scene. (That would probably not be as Disney-worthy or family friendly.)

I'm all for manners, and I'm sure it took some courage to call Lauren's dad for "permission." But let's all remember: That had to be easier than calling JoJo's brothers.