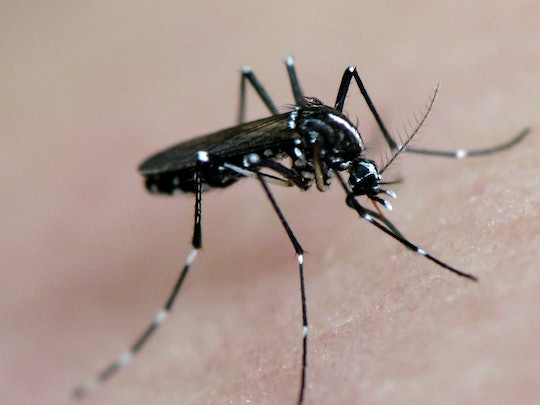 Does Zika Affect Future Pregnancies? The News Is Better Than You’d Expect

Let’s say you’ve already booked that Caribbean vacation of a lifetime, but news of the Zika virus has stirred up some understandable fears for your pregnancy plans. Sure, the Zika virus has dominated headlines for months as it spread across the Americas and it’s only normal to be concerned over whether a Zika infection will affect your future pregnancies or not, now that the outbreak has reached so close to home. But, there’s good news if you get an itchy bite while enjoying a Piña Colada beachside: If you are not actually pregnant at the time you become infected, there is nothing to worry about.

The U.S. Centers for Disease Control (CDC) says there’s currently no evidence that the Zika virus will cause birth defects in the future for non-pregnant women with the virus now or who have been previously infected. That being said, if you become infected with the virus and do have plans of becoming pregnant soon, the CDC recommends that you wait at least eight weeks after the start of your symptoms before trying to conceive. Men with Zika should wait at least six months before having unprotected sex, the CDC also instructed.

The mosquito-transmitted infection became a strong concern last October when doctors in northern Brazil noticed an shockingly high number of babies with microcephaly, or unusually small heads and often damaged brains. Scientists have known of the virus since 1947, but only recently discovered that it had been spreading rapidly in tropical regions in the Western Hemisphere. Millions have now been infected in a relatively short amount of time.

For most, Zika infection causes no symptoms or lasting damage. Most doctors say that any acual side effects tend to resemble those of a common cold or fever.

Understandably, the idea of the Zika virus is quite frightening, especially for expectant couples. Although the possibility of becoming infected is last thing you want to think about while sunbathing in the tropics, there are simple ways to protect yourself and keep yourself from worrying the whole time. Think powerful bug spray and long sleeve shirts, and perhaps delaying travel to the hot spot regions if are planning to get pregnant soon.

Unfortunately, it seems like the Zika virus will continue to dominate headlines. But, scientists from different realms of expertise and competing fields have started to collaborate and share their findings to fight the virus, which, as coverage of the virus continues to roll out, should help combat any unnecessary fears or lingering issues.

Pregnancy itself is already stressful enough — so it’s a relief to hear some good news as scientists work together gain new information and to tackle the virus once and for all.