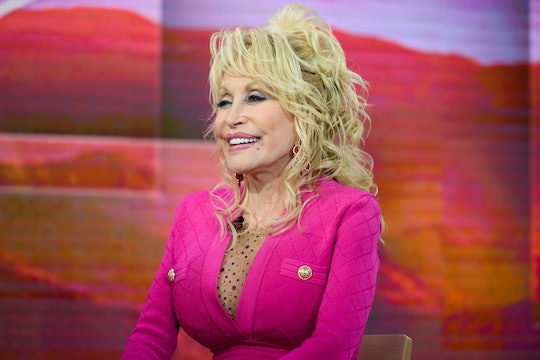 As if more evidence was needed to prove that she's an absolute national treasure, Dolly Parton announced she will read children's books on YouTube before bedtime during this time of global crisis. Starting on April 2, the "Islands In The Stream" singer will start her new series on her Imagination Library YouTube channel called Goodnight With Dolly.

"This is something I have been wanting to do for quite a while, but the timing never felt quite right," the beloved country singer told ABC News. "I think it is pretty clear that now is the time to share a story and to share some love."

The "Jolene" singer has long been an advocate for children's literacy; in 1995, she launched an initiative called Imagination Library, a program where children are gifted books in the mail from birth until they start school no matter their family income. The program initially started out in Sevier County, Tennessee, where Parton grew up, but now sends millions of books every year to children in the United States, Canada, the United Kingdom, Ireland, and Australia.

The list of books Parton will read has been carefully selected through the Imagination Library, according to Rolling Stone, and include two of her own stories:

As the coronavirus outbreak continues to keep children at home and away from schools and day care centers across the country, little ones can at least look forward to a special treat from Dolly Parton at the end of their day.