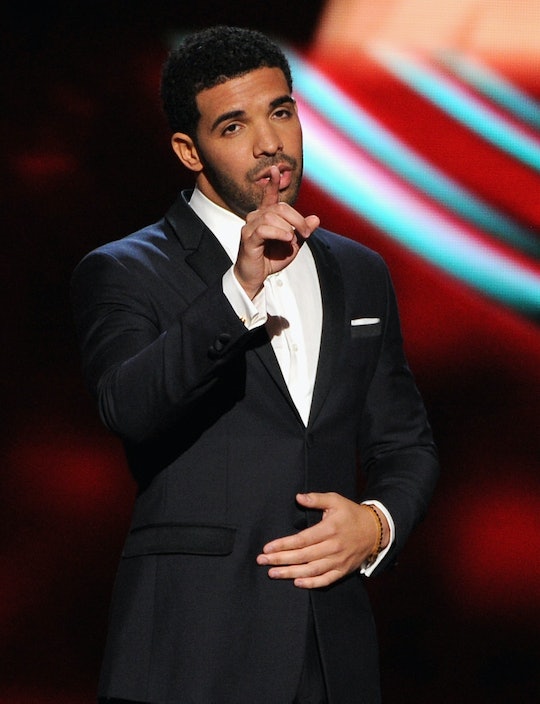 Drake 'Pop Style' Lyrics For Every Moment In Your Life

Let's face it, there's no one quite like Drake. The Canadian rapper and actor, the "6 God," has influenced pop culture, hip hop, and the way we view a man dancing in a colorful and interestingly-dimensioned room by himself in a grey turtleneck sweater forever. No, I'll never forget "Hotline Bling" — and no, I don't want to. And now with the release of his new song "Pop Style," featuring Jay Z and Kanye West, aka "The Throne," it's only right to compile a list of Drake "Pop Style" lyrics for every moment of your life. Because, if you really think about it, a lot of the lyrics in Drake's songs have gems that people can apply and relate to in their everyday lives.

Like, when some people said to themselves after listening to "Headlines" a few years back: "I had someone tell me I fell off, ooh I needed that." Right? No? Not convinced? Well, let's think this through with four lines from his new song a bit. Especially as we so anxiously await the drop of his much anticipated album, Views From The 6, which by the way, Pitchfork reports will be released at the end of April.