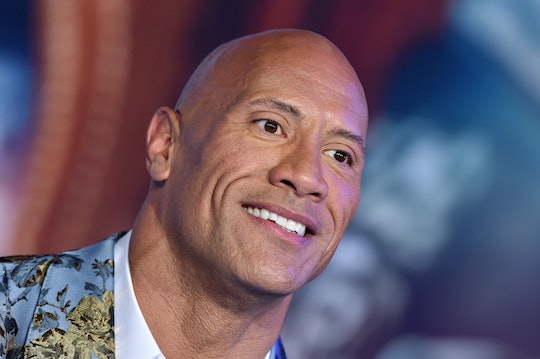 After years of staying out of the political fray, Dwayne "The Rock" Johnson endorsed Democratic nominee Joe Biden and his running mate Sen. Kamala Harris for the 2020 presidential election in a video on Instagram where he stressed the importance of voting.

"It’s always important to identify the conversations that really matter — and this conversation is critical — voting," the father of three captioned an Instagram post that featured a virtual chat with Biden and Harris. "All of us getting out there to cast our vote for who we want. Our voice. Our power. And keep this in mind, no matter how strongly your opinion may differ from mine, it’s always gonna be OK."

During the video, Johnson spoke to Biden and Harris about ensuring everyone is able to get out to vote in November, even asking them to make voting day a national paid holiday to make it easier.

Johnson then went on to tell Biden and Harris why he believed they should be in the White House: "You guys are both obviously experienced to lead, you’ve done great things. Joe you’ve had such an incredible career, you’ve led, in my opinion, with great compassion, and heart, and drive, but also soul." As for Harris, he told her she was a "certified bad**s."

In the past, Johnson has refrained from endorsing presidential candidates, instead identifying as a political independent and a centrist who has voted for both parties in the past, according to WFLA. He didn't even endorse himself when people were calling for him to run for president in 2019, as Newsweek reported, which is why his decision to endorse Biden and Harris carries such a deep significance.

Johnson's endorsement of Biden and Harris comes three months after he called out President Donald Trump's response to Black Lives Matter protests in an eight minute speech where he asked, "Where is our compassionate leader who is going to step up to our country, who is down on its knees?"

This endorsement from Johnson has seen mixed reactions on social media, with some longtime fans decrying his political activism as others applauded his "courage to stand up to Trump."