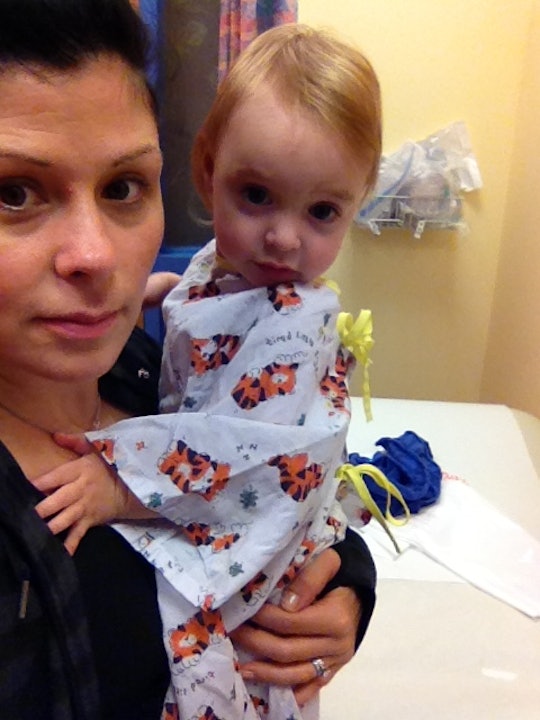 Getting A Diagnosis For My Daughter Was Scary, But Such A Lesson

The minute Freyja was born I knew something was amiss, but no one believed me. Her adorably smiley demeanor was deceptive; when I voiced concerns to trusted friends, family, and even doctors, they assured me she was just developing at her own pace. I knew in my gut that something wasn’t right, but it was many months before others noticed the way she failed to meet most of her milestones, that she struggled to speak, to use her core, to balance in any way. When our pediatrician finally agreed it might be time to consider Early Intervention, Freyja was 10 months old. The work of getting her evaluated, diagnosed, and treated became a full-time job overnight. We had tests, consults, meetings, phone calls, and more paperwork than we’d ever had to complete in our lives. Everything showed significant delays, but for months, nothing proved conclusive. The final recommendation was a referral to a neurologist, who scheduled an MRI just to “rule things out.”

Everyone expected her to grow out of her delays and I hoped they were right. That if we acted quickly enough, took it seriously enough, addressed it thoroughly enough, the tests would all be negative, and this would be just a scare. But this is not how it played out. Instead, it changed our lives in ways I never expected and it taught me a critical lesson about what it means to be — and stay — a family.

I was pacing the waiting room at this children's hospital, truly the saddest place on Earth.

On the day of her MRI, Freyja was 14 months old and had to be sedated for the first time in her life. For that to happen, she also had to be fasted, which meant the night before the appointment was a long and frustrating one for everyone. She couldn’t nurse, which meant she couldn’t stop crying, which meant that no one in our house slept a wink. Arriving at the hospital that morning, we were frazzled and afraid for us and for Freyja.

A baby couldn’t possibly understand any of this. That a full day and night of fasting before a test was for her own good. That her parents were acting weird because they were scared and exhausted and worried. And even though we loved her, we took her somewhere that smells bad and we let a bunch of people she didn't know pick her up and poke her and prod her and stick things on her head and on her arms and on her fingers and toes and then in her veins. We watched as she was bundled up into a burrito of blankets and sheets, then strapped down so she couldn't hurt herself or anyone else and then I, Mama, was made to leave. She was crying, and she was screaming. It was awful for everyone.

They told me she woke up and needed more phenobarbital twice.

My kid was in the scanner without me, so I was pacing the waiting room at this children's hospital, truly the saddest place on Earth, when the office ladies who called me "Mom" came to me and told me there was a problem with my insurance. I got on the phone right away and got an automated response and soon I was screaming "representative! representative!" into the phone and everyone was looking at me. Finally, I got a human who came on the line only to tell me we were out of network and offered me a list of covered hospitals. I kept saying but she's in the scanner now and at the same time I was trying to calculate what a bill for an MRI could possibly look like and how I could possibly pay that and just as I started unleashing all my pent-up fear and rage on this poor client service rep, the nurses called me: Freyja was awake.

I hung up mid-sentence and followed someone with a badge into a room marked recovery and there was my baby girl. She was all wired up with IVs and a pulse ox, and all kinds of technology. She barely recognized me because she was high as a kite.

There were so many sick kids, and I didn’t want Freyja to be one of them.

The nurses led us to a nearly empty room and left us alone. There was a hospital crib that looked like an electrified baby cage and a television playing the same garbage that plays endlessly in every waiting room in the world. I shifted my sandbag of groggy baby from one hip to another and snapped the TV off. My husband found us after a Starbucks run. Handing me my venti Americano, he crouched down on the floor, clearly spent. We waited for them to tell us we could leave, and I remember thinking about how cute it would be when this was over and I could write a blog piece about how lucky we were that everything was fine and this awful day was all for nothing.

We sat, two days later, in the stuffy waiting room of the pediatric neurology department, waiting for the MRI results. I hated being there. There were so many sick kids, and I didn’t want Freyja to be one of them. I kept going up to reception demanding to know when we’d be seen so we could be told everything was fine and go back to our regular lives. Eventually, they told me the doctor was quickly reviewing our case and would be with us soon. I caught a glimpse of him in a corner of the reception area, file in hand, and I know he saw me too, but didn't meet my eyes. That is when I understood. I turned to my husband and asked, "What if this is really bad?" He swallowed hard and looked away. I got up and busied myself with the water fountain, with a diaper change, with the ancient magazines tossed lazily on a table, and then our name was called. That was the moment we knew our lives would never be the same again. 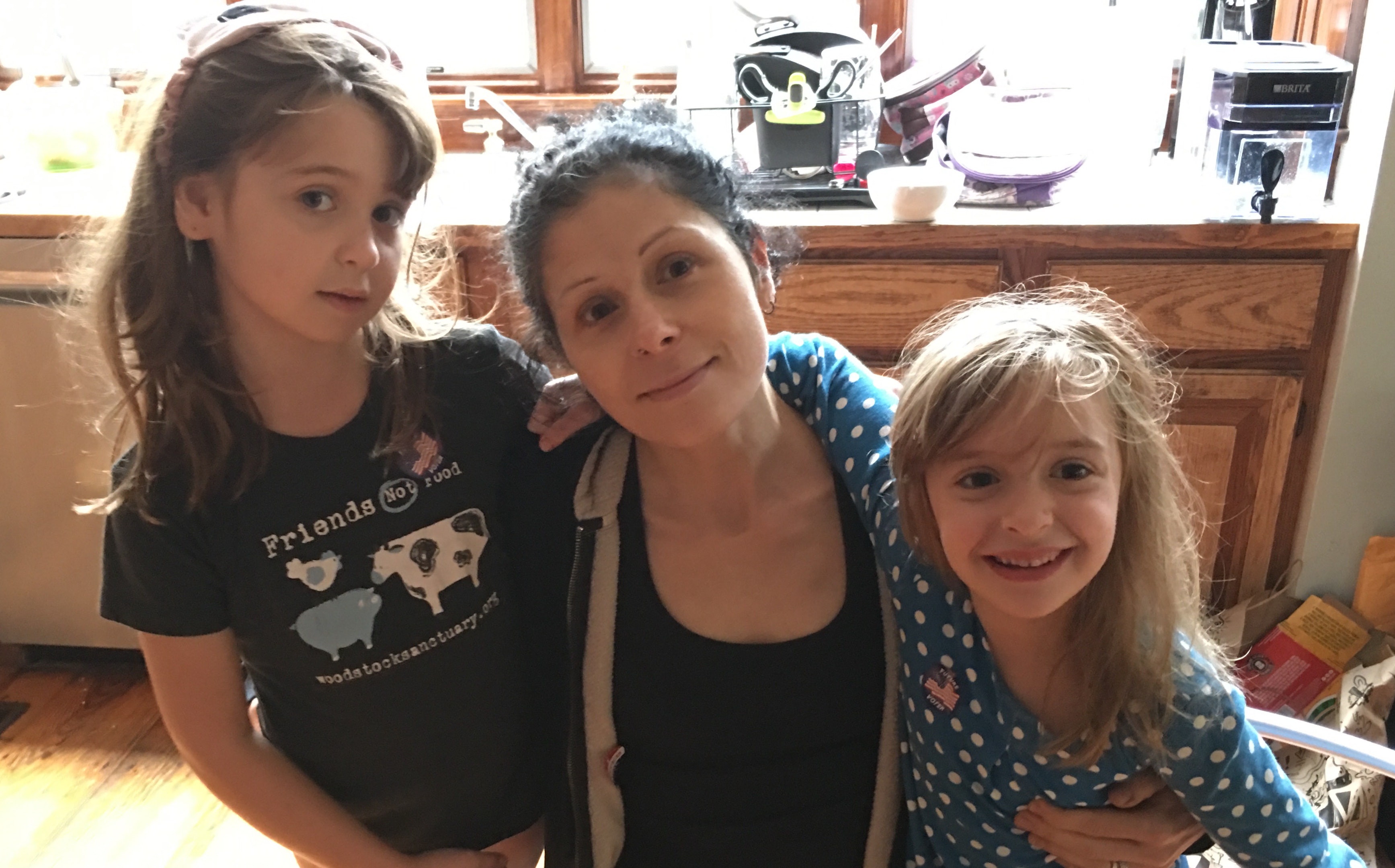 The doctor sat us down and immediately fumbled his words. He said he preferred to just show us the scans so we could see for ourselves. He pulled up one image of Freyja's brain after the other, and he pointed to a dark place deep in the center that wasn't supposed to be dark. He explained that Freyja's cerebellum was not fully developed and her pons was too short. He kept talking, explaining what this could mean, and using the term pontocerebellar hypoplasia. He would not commit to a prognosis regarding her cognitive abilities, but he did say this this was very serious and not something that could be cured.

I felt suddenly very small and very far away. I felt an odd indignant feeling, like he shouldn't be talking this way in front of Freyja, who bounced happily on my lap while these terrible words swirled around the room. As we left, he picked her up awkwardly and she smiled at him. I almost felt bad for him for having to break this news to us. What a crap job it is, ruining people's lives like that.

I’d known there was something very wrong all along, and here it was. It was cold and grey outside, bleak and raining. We had no umbrella, I was late for a work meeting that seemed important when I booked it. We walked the three miles home anyway. For a few minutes, we walked in silence. Then I stopped in the middle of the street and grabbed my husband's arm and I begged him not to leave me, ever. I told him I knew this was going to be very hard for all of us for a very long time, that marriages end over far less serious things, and that I could not do this without him. I said we would need each other through this and Freyja would need us both. We were a family and we needed to stay a family no matter what. He hugged me and made me promise the same.

It was not radical acceptance. I didn't want this, and I was furious that it landed on us.

And I cried. I cried because this was not what I signed up for when I told him two years ago almost to the day that I wanted another baby. I cried because I’d always wanted two girls close in age who would be in similar stages of development at the same times, who would be the best of friends and the worst of enemies but always as thick as thieves. And now all of that seemed so up in the air. I cried from shame because I found myself thinking, stupidly, what if she never goes to Harvard? Whatever was in store for this family, it wasn't what I planned.

But that's not the end of the story.

I'm not going to tell you what my husband and I talked about in the days that followed. The important thing is that we talked. We did what we said we would, and came together instead of retreating further and further away. I'm not going to repeat the questions we asked, the what-ifs, the fears we spoke aloud. It was not radical acceptance. I didn't want this, and I was furious that it landed on us. Even now I am not done grieving the loss of the parenthood I wanted, and the family I expected. But I am not wasting any more time with what-ifs.

I realized that I was dwelling on what might never happen, and I was forgetting the kid in front of me, who was here now, and needed us now. Maybe we weren’t the family I always assumed we’d be, but we were a family nonetheless. Diagnoses can be scary, but we walked out of the hospital with the same baby we had brought in. We were still us; the only thing we had truly lost was the illusion that we knew what was coming.