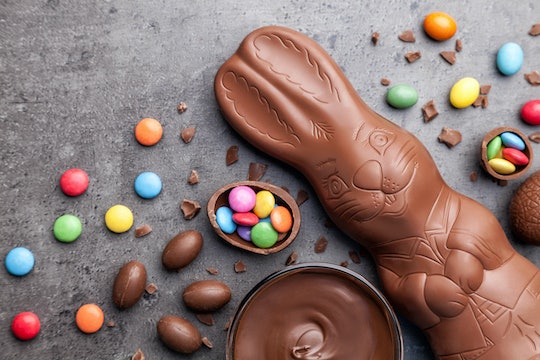 The Definitive Ranking Of Your Favorite Easter Candies

When wandering the aisles of Target, debating the various merits of the best Easter candy, one might find themselves pondering the tradition of the Easter bunny — a ritual in which a large rabbit delivers a miniature chocolate version of itself in a pastel basket so that small children may later gnaw its head off. And one might (fairly) assume the idea was dreamt up by someone dabbling in hallucinogenics.

But no. According to Time, the Easter bunny is just a sweet folkloric tradition brought to the States in the early 1700s by German immigrants. Back then, children crafted small nests in which this mutant bunny creature could lay colored eggs into. In later years, the nests became baskets, and the eggs became Cadbury. And now, after centuries of American progress, one can purchase terrifying, inflatable bunny chickens for their green spring lawns.

Every year, Big Candy tries to come up with some ingenious new twist on sweets to stuff in your child's basket. (I'm looking at you, Pastel Candy Corn.) But really, when one hears "Easter candy," there are just a handful of classics that come to mind. Which I have ranked here in a helpful, completely subjective list.