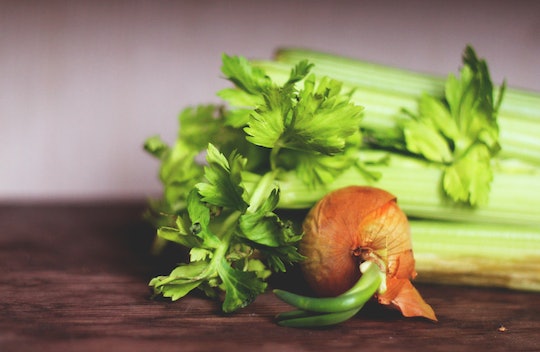 E.Coli Recall Expands To Target & Starbucks, But Don't Panic Yet

You may want to hold off on eating any pre-made chicken salad sandwiches for the time being. After recalling Costco's chicken salad last week following an E.coli outbreak, the U.S. Food and Drug Administration announced today that it was has expanded the chicken salad recall to include pre-made sandwiches from multiple vendors, including 7-Eleven, Target, and Starbucks. Yeah.

The initial recall of Costco's chicken salad was put into affect after 19 people across seven states were sickened with E. Coli. The source of the contamination has since been traced back to a diced celery and onion mixture manufactured by Taylor Farms Pacific, Inc., of Tracy, California. The FDA confirmed that contamination after a sample of the product tested by the Montana Department of Health has tested positive for E. Coli 0157:H7. The FDA also stated that Taylor Farms Pacific "voluntarily recalled multiple products containing celery" following the testing. Romper reached out to Taylor Farms Pacific for comment Wednesday but did not immediately hear back.

Although most healthy adults survive E. Coli with nothing more than diarrhea and bloody stools (is that all?), the FDA warns that it can lead to kidney failure and even death. Children and the elderly are particularly susceptible to complications.

Now that the cause of the Costco outbreak has been discovered, the recall has spread to other products that contain the celery mixture, including pre-made salads and sandwiches from 7-Eleven, King Sooper, Albertsons, Safeway, and most notably, Target and Starbucks, aka the two most important places in your life.

The recall is mainly limited to western states, but some of the tainted food made it as far as Georgia, so do check the FDA's complete recall list to make sure you're in the clear before going to town on that Buffalo chicken wrap.

More Like This
Does The FDA's Plan To Limit Lead In Baby Food Go Far Enough?
41 Costco Appetizers To Level Up Your Super Bowl Party
10 Delicious Dips For Game Day & Also, Life
Are We All Stressed About Grocery Prices Right Now Or Is It Just Me?
What Parents Are Talking About — Delivered Straight To Your Inbox