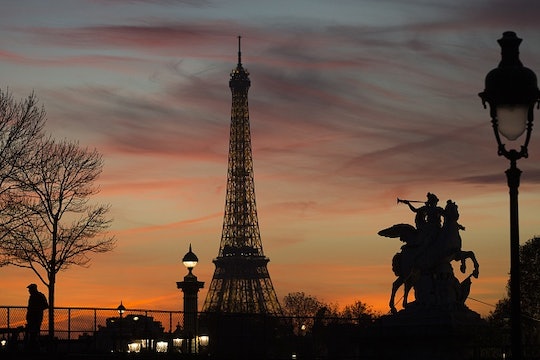 Ed. Note: According to The Times, the Eiffel Tower goes dark every night from 1 a.m. to 7 a.m. and was not turned off deliberately to signify the attacks. We regret this error.

EARLER: In response to the tragic bombings and shootings in Paris late Friday night, the lights on the Eiffel Tower were turned off, according to Esquire, as the famously lit monument went dark. The display is a powerful and haunting symbol of mourning the victims of the attacks, of which police believe there are over 120.

Earlier in the evening, the city was rocked by several explosions and shootings, including a massive hostage situation at the Bataclan theatre, which is responsible for approximately 80 deaths. Police stormed the Bataclan and confirmed that two hostage-takers were killed in the assault. At least two of the explosions have been suicide bombings and police are considering the events linked and furthermore an act of terrorism.

France has closed its borders and installed a curfew in response to the attacks. The U.S. Department of Homeland Security has stated there is no credible threat to the U.S. at this time.

Parisians have taken to Twitter using the hashtag #PorteOuverte to help each other find refuge and aid in this time of crisis. Many Parisians are offering up their homes for those who cannot safely return to theirs due to the curfew and concentrated police activity.