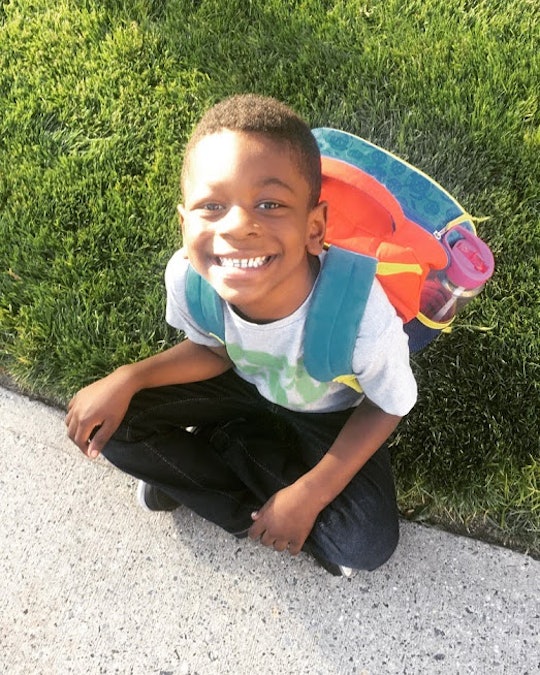 Every year of high school, I had a different group of friends. As a freshman, most of my friends were well-liked and white. As a sophomore, most of the girls I clung to were Latina. By junior year, I had a group of friends for each class of the day. By my senior year, I fell into a group of mostly white friends that would remain my group of friends all the way through my freshman year of college. Aside from one other black girl, I was the token. I was the resource for all things black culture. It felt like an interview on loop. Why are black girls so mean? Why do you guys wear weaves? Why can’t you just grow your hair? When I wasn’t being drowned in questions, I was left feeling like the butt of the black jokes or incredibly insensitive comments like I get as dark as you in the summer or oh no she di'n’t (with the even more inappropriate neck roll and finger snap to underline the point). While I was in it, I remember feeling sad and annoyed but I never felt like I could speak up. I was the token after all — there to fulfill the black girl role in the friend group like Dionne Davenport; obviously different from the friends around me but a special kind of black girl, unlike the rest. Now as a mother to a black boy entering the school system for the first time, I look back on those times where diversity felt elusive and I worry about my own child's access to a diverse education.

Diversity is one of those topics under the race umbrella that many feel as though we finally have under control. There is a diversity department in almost every school or job, there are laws to help drive diversity, and at this point the sound of the word itself feels like a dull stabbing in the side of your ear, like, OK OK, we get it already. Because it feels like a problem that has been checked off of the to-do list of society, I find that many parents that I talk to don’t even think about it. It’s one of those it’ll work itself out kinds of things. However, diversity within our school systems is more important now that it has been in the last several decades.

Diversity within my son’s kindergarten classroom is not an afterthought for me. It is a priority right along with security and qualified staff. When my son is robbed of a diverse classroom, he is robbed of the experience of knowing and interacting with people of other cultures. He is robbed of seeing himself in his peers in an academic setting instead of just seeing himself in Trayvon Martin and Tamir Rice. He is robbed of seeing his face in the faces of the educators that are leading him, molding him, and guiding him. That is not a robbery my son can afford growing up as a black boy in America.

This will have various effects — on his soul and on his performance.

While we should strive to bring diversity to the top of our list of priorities as parents — it's vital to ensure that we are raising racially tolerant adults — passive change is afoot. By 2024, our school system will be much more diverse, according to the National Center for Education Statistics. White-identifying students made up 49.8 percent of school bodies in the fall of 2014, and will comprise 45.1 percent of students by 2023. Census data predict that white Americans will be a minority, at 44 percent of the country, by 2060. It is a statistic that lets me breathe a breath of slight relief.

But minorities are still capable of wielding power over a majority, and demographic change is not enough to help our kids.

Diversity among school staff is an ongoing source of worry. Teachers of color are incredibly important and offer students a sense of familiarity, someone to look up to, and comfort. Researchers have found that lower-performing students show improvement when they are taught by educators of their same race, per a study published in Economics of Education Review. But the NCES reported that in 2011-2012, 80 percent of teachers identified as white, which puts black students at a steep disadvantage. Thinking back to my high-school experience, I couldn’t name five black teachers.

As a country, we are not in a place where we can scoff at the topic of diversity as being overdrawn and handled. I look forward to a time when that is the case and my grandkids can hopefully enroll into kindergarten with the confidence that some of their teachers and friends will look like them.

For now, diversity is still hot on my brain and a worry that, unlike many white parents, I will carry around with me. I never want my son to be the token black kid like I was or be afraid to speak up out of fear of being ostracized. Until I don’t have to, I will continue to worry about my son’s access to a diverse educational experience.

More Like This
25 Mother And Daughter Halloween Costume Ideas That Are Cute And Spooky
Kristen Bell Reveals Her Daughters' Handy School Night Routine Called "Flat Man"
The Stolen Year: Anya Kamenetz Wants To Know Why U.S. Covid Policy Failed Children So Spectacularly
Is It Bad That My Kid's Potty Mouth Doesn't Bother Me?